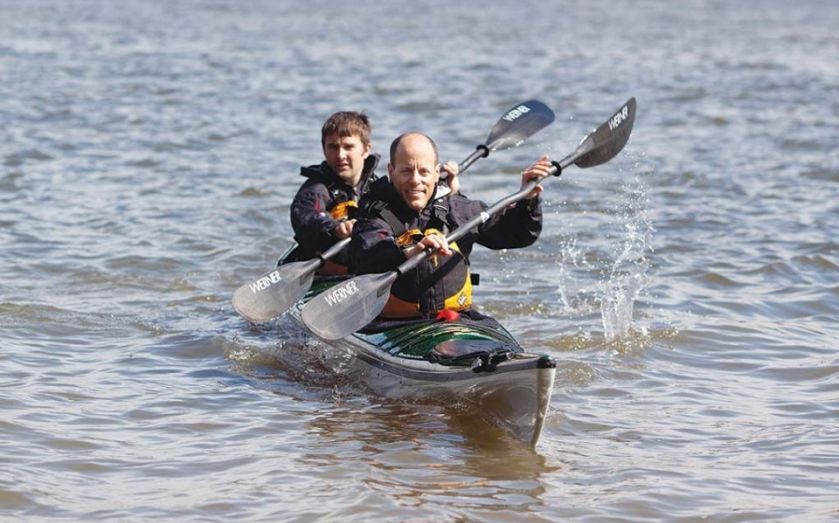 Patron Capital boss Keith Breslauer raised over a quarter of a million for wounded servicemen and women.

Most people relax with wine, theatre, a movie perhaps. Not Keith Breslauer. When he’s not in the office managing more than £2bn as head of Patron Capital, Breslauer can be found scaling mountains, sailing the seven seas and performing other feats of endurance the mere thought of which makes the rest of us break out in a sweat.
He doesn’t do it for the thrills. Patron has close links with a number of charities and Breslauer himself has raised thousands through sponsorship over the years. His latest stunt was his best yet; Breslauer joined 25 retired and serving Royal Marines in a cross-Channel kayaking challenge that raised £215,187 for disabled war veterans.
Starting from Pont en Bessin in Normandy (it was here that a team of 47 commandos overran the Nazi occupied port on June 6 1944), the group travelled 86 nautical miles to Eastney beach at Southsea in Hampshire. Breslauer was the only civilian to make the gruelling 28 hour journey. The cross-channel trip was just one leg of the 1664 Challenge, which marks 350 years of the Royal Marines and includes sailing, skiing, cycling and running.
It’s not the first time Breslauer has worked with the Marines. He’s also a keen mountaineer, and together with a team of soldiers and fellow Patron employees he scaled the infamous “Nose” route to the summit of Yosemite National Park’s El Capitan mountain.
“I’m immensely proud to have kayaked with the Marines from Normandy to Portsmouth,” he says, “almost the reverse of the route their ship-borne comrades took on D-Day in 1944. The work that the Royal Marines Charitable Trust Fund does in helping active and retired Royal Marines to overcome the mental and physical scars of active service is exceptional.”
For the full World Charity Index 2014 list take a look at our interactive graphic