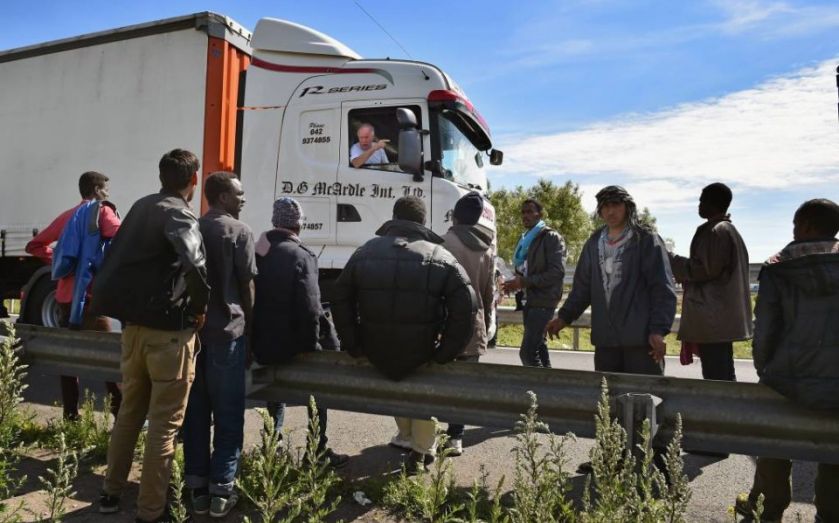 A migrant has died on a freight shuttle trying to cross the Channel Tunnel to get to Britain, French authorities have said.
The migrant – the second to die in recent weeks – was found in the tunnel during an investigation by the border police, after it was discovered that several migrants were attempting to travel through on a freight shuttle.
The death, which is being reported by newswire AFP, comes amid weeks of disruption on the French side of the tunnel as a wildcat strike by ferry workers caused chaos on the roads on both sides of the Channel.
French authorities are accused of not doing enough to safeguard lorry drivers from intimidation and violence as migrants attempt to climb onto vehicles to get into the UK.
Around 150 migrants tried to storm the tunnel terminal last week.
A Kent Police spokesman told City A.M. they were aware of the situation, but it was being handled by French authorities.
Eurotunnel also confirmed there had been an incident.
https://twitter.com/LeShuttle/status/618331307999916032
For customers travelling through the UK terminal, Eurotunnel said: "Our passenger service is currently operating with some timetable disruption, this is due to an incident in the Tunnel which is in the process of being resolved. There is a waiting time of approximately three hours on the terminal. We sincerely apologise for the inconvenience this will cause to your journey.
For those travelling via the French terminal, the wait was more like one hour.
A Eurostar spokesman confirmed that a section of the tunnel was closed, which is causing delays of up to half an hour to the service.
More follows…