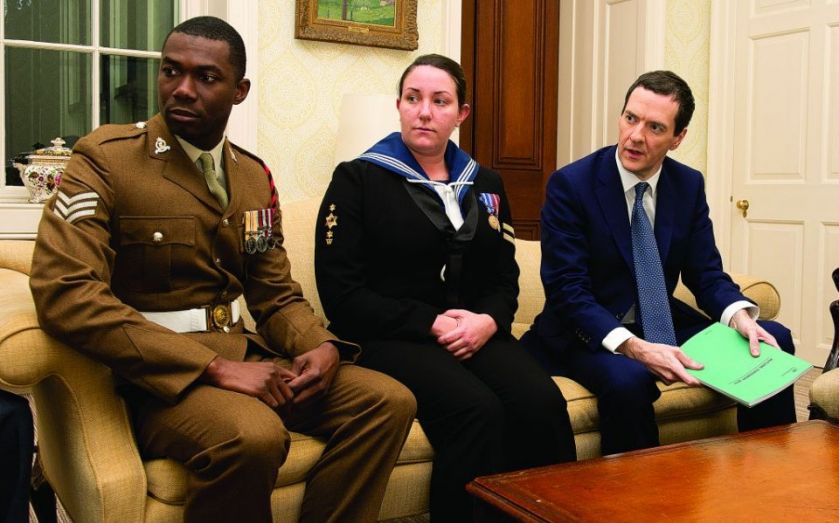 George Osborne met military personnel yesterday ahead of the Autumn Statement, one of the most important fiscal announcements of his term in office.

The chancellor is widely expected to have a crowd-pleasing announcement up his sleeve, following leaks this week about infrastructure spending, flood defences and housebuilding. Possible measures include stamp duty reform or raising the inheritance tax threshold, something the Conservatives pledged to do before the 2010 election.
Osborne is expected to remain dour about the state of the nation’s finances, however, hammering home the idea that the economy isn’t fixed quite yet. He will give his statement at 12.30 this afternoon in the Commons.
Share
Tags: Autumn Statement 2015 George Osborne People