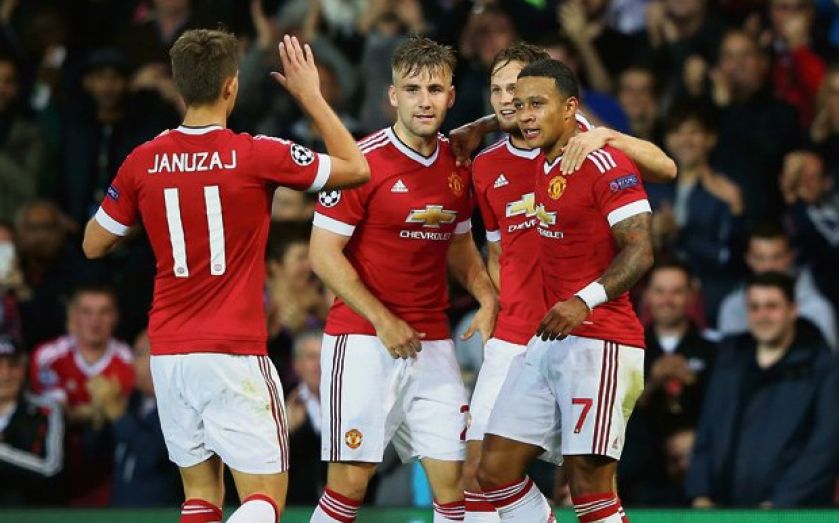 “It makes a difference because 2-1 is a very difficult result,” said Van Gaal of next week’s second leg.

“But it is not a simple opponent. I have read in the newspapers in England that it is simple, a walkover, and it is not like that. It’s still a game but of course, because of the last goal, it’s now confident for us.”

“I have said it is a matter of time and it was a matter of time,” added Van Gaal. “Hopefully he shall continue but it is difficult for him. He is 21 and he has only played two seasons for PSV but I have confidence in him. “

But redemption was forthcoming as the England midfielder located Depay with an incisive pass and the Dutchman showed trickery and then composure to draw United level with a low, clinical shot.

Belgian cup winners Club Brugge were winless in 11 games on English soil and fell behind before the break as Depay, picked out by Luke Shaw, cut inside and curled beyond keeper Sebastien Bruzzese from the edge of the penalty area.

Depay wasted the opportunity for a hat-trick shortly after the hour mark as he fired over from skipper Wayne Rooney’s deft flick after a free-flowing counter-attack led by full-back Shaw.