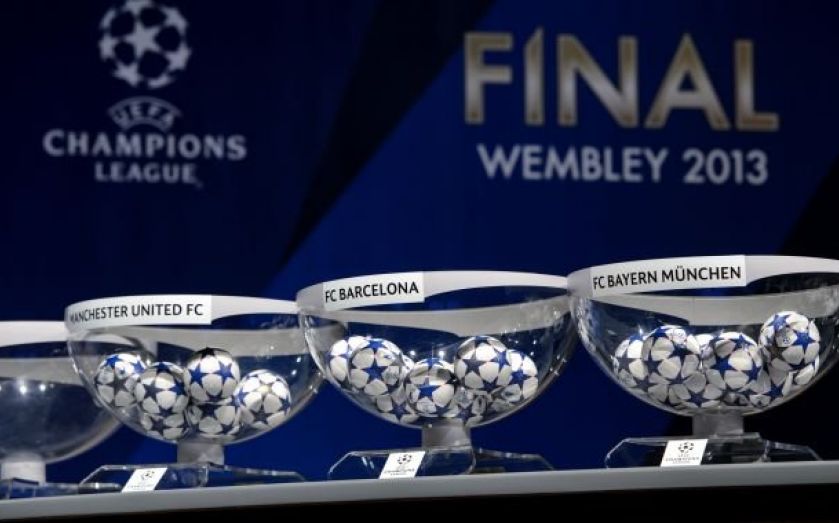 Arsenal have been drawn in the same Champions League group as Borussia Dortmund for the third time in four years, as Liverpool face two tough ties against Real Madrid in their return to the competition.

Chelsea have been drawn against Schalke for their second year in a row in group G alongside Sporting Lisbon and Maribor, while Manchester City will also meet opponents from last year Bayern Munich and CSKA Moscow as well as Serie A runners up Roma in group G.

Alongside Bundesliga runners up Dortmund, Arsene Wenger's side face a tough away trip to Galatasaray and a more manageable fixture against Belgian champions Anderlecht in group D.

While their fans may be feeling a little daunted by the tricky draw, chief executive Ivan Gazidis will be happy in the knowledge that the club's first seed placement in the draw has already guaranteed them a financial victory.

Over the last three Champions League competitions, teams drawn from Pot 1 have consistently taken a larger share from the market pool of TV money. The market pool is divided between clubs based on the proportional value of their national TV market.

Over the same time period, Manchester United have been the Premier League club to have scooped up the largest amount of TV money from the Champions League group stages, earning an average of €22.8m. Chelsea were the only other English side in the top 10 group stage earners, picking up an average of €22.4m.

However, it was Juventus – a side who haven't  progressed beyond the quarter-final stage of the competition in the last three years – who had the highest average share of TV money at €38.4m. The Serie A champions were able to capitalise on their country's poor coefficient ranking but valuable TV audience.

Uefa's coefficient ranks its member associations based on their club's performance in European competitions. Italy are ranked sixth, meaning they are only permitted a maximum of three Champions League places. England are ranked second behind Spain, with four places in the competition available. Champions League prize money is also awarded to sides based on results and progression.

Although they may not make as much money individually, the Premier League brand still remains the strongest within Europe's elite. Over the three years studied, TV audiences for Premier League sides were worth €231.2m – more than any other league. And with so many mouth-watering ties for England's exports lined up for the forthcoming competition, don't expect that to change anytime soon.