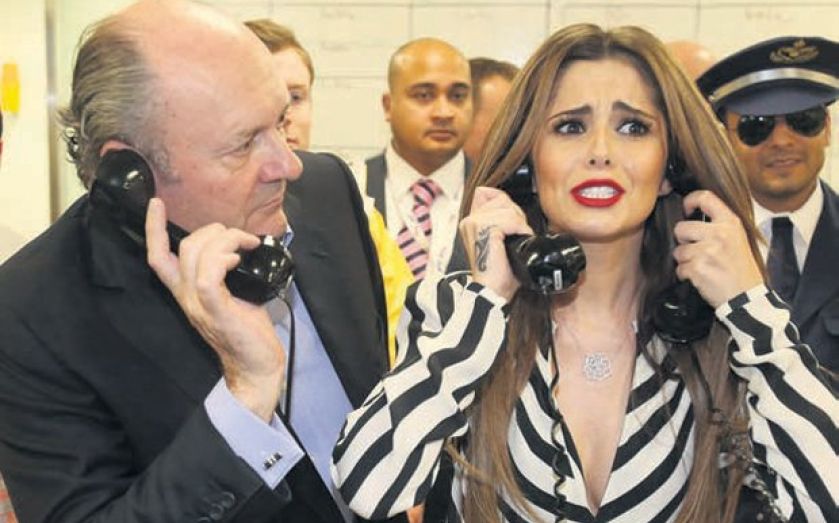 WITHIN a few minutes of walking through the doors of Icap yesterday The Capitalist had run into a pack of rowdy pirates, walked past a “Broking Bad meth lab” and watched a conga line of gladiators snake its way through the famous trading floor – there was no mistaking it, Icap’s 31st Charity Day was underway.

The annual event, which sees Icap donate all of its revenue for the day to charity, played host to a plethora of famous figures, who all hit the phones in a bid to trade as much as possible and raise extra cash for the 200-odd charities involved. The Duchess of Cornwall joined Homeland’s Damian Lewis, Cheryl Cole, Ray Winstone, Holly Willoughby and Deborah Meaden on the phones (to name but a few). The total figure raised during the day won’t be released until lunchtime today but Icap has its fingers crossed it’ll top last year’s total of £11m.

Icap’s brokers, all wearing fancy dress, were trying hard to get some work done, as well as grab photo opportunities with the celebrities (Holly Willoughby was definitely a favourite on the trading floor).

“For Icap to put themselves out one day each year and give so much to charity is wonderful and it should be supported,” Ray Winstone told The Capitalist. “I’ll show these mugs how it’s done,” he added.

Deborah Meaden sounded particularly happy to get a break from her modus operandi. “Being here is a lot more fun than being a Dragon,” she whispered. The Capitalist will step in for you any time Deborah…