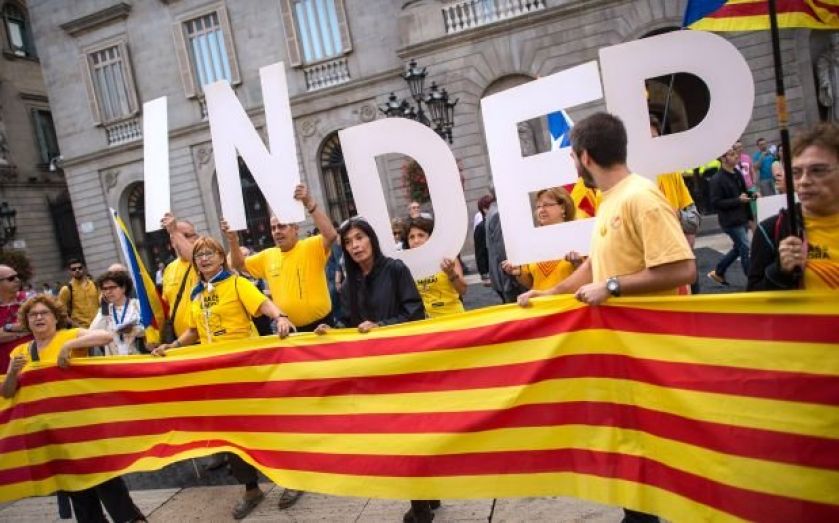 The independence movement in the Spanish region of Catalonia is gathering momentum. This morning, its President Artur Mas signed a decree calling for a referendum to take place on 9 November.
Earlier in September, Catalonian lawmakers voted in favour of going ahead with an independence referendum by a margin of 106 to 28. The pro-independence movement views the signing of the decree as an official authorisation of the vote.
But the Spanish central government disagrees, with Prime Minister Mariano Rajoy vowing to block a referendum on the grounds that it would be unconstitutional. He is set to meet with his cabinet early next week to formalise the government's legal challenge.
Mas, however, does not believe Rajoy will be successful in his attempt to impose a block – he says he will be able to use local laws to hold a vote in a matter of weeks.
Inspired by Scotland
It was only recently that a large number of Catalans started to want full independence from Spain, disheartened by the country's economic woes and feeling resentful about having to financially support poorer regions.
Earlier this month, hundreds of thousands of them came together to form a physical “V” for “vote” along two of the main roads in Barcelona, the region's capital.
It is thought that last week's independence referendum in Scotland has been a major driving force behind the movement among Catalans, and the "No" result has done little to discourage them from seeking a similar referendum for themselves.
"If they think in Madrid that by using legal frameworks they can stop the will of the Catalan people, they are wrong," Mas said following the Scottish vote.
Share:
Tags: Scottish independence referendum