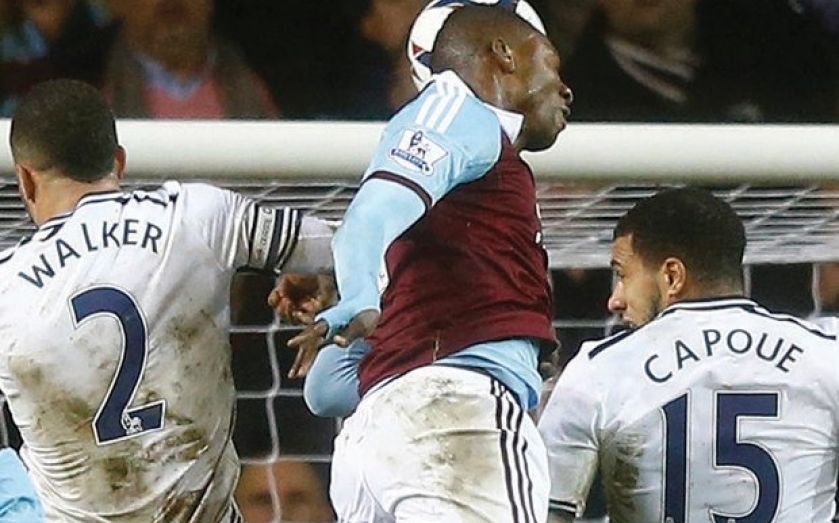 INTERIM Tottenham boss Tim Sherwood admits he is the dark over his future after his tenure started in disaster last night with a Capital One Cup defeat at home to London rivals West Ham.

The late drama earned West Ham their second triumph at White Hart Lane this season and a semi-final against Manchester City, but put a major dent in Sherwood’s hopes of landing the job permanently.

“I don’t know if I’ll be Spurs manager, I haven’t spoken to the chairman. We have to have a chat and see,” said the Tottenham coach, who stepped in following the sacking of Andre Villas-Boas on Monday.

“It has to fit me and the club. The club have to make the right appointment. As you can imagine the list is as long as your arm. There are a lot of big names in the frame. It depends who the chairman thinks is the right one.

“It’s new for me. I’ve enjoyed it. I’m trying to get the best out of them. It’s difficult to get the message across of how I want to play in a few days.”

Jubilant West Ham manager Sam Allardyce said his side sensed Tottenham were there to be finished after Jarvis levelled the scores.

“We saw the shaken nerve ends of Tottenham when we scored,” he added. “We then went for the jugular. Our substitutes, who came on with fresh legs, exploited the spaces.”

Tottenham, restored to a 4-4-2 by Sherwood, bombarded the visitors in the first 20 minutes, Adebayor, forward Jermain Defoe and winger Andros Townsend all narrowly missing the target.

It was not until the 67th minute that their dominance paid – Defoe scurrying down the left before crossing for Adebayor to crash a flying volley past goalkeeper Adrian – and even then it proved insufficient.

Midfielder Matt Taylor teed up Jarvis to equalise and moments later Mohamed Diame swung in a cross from the right for Maiga to meet with a formidable downward header and plunder his first goal in a year.