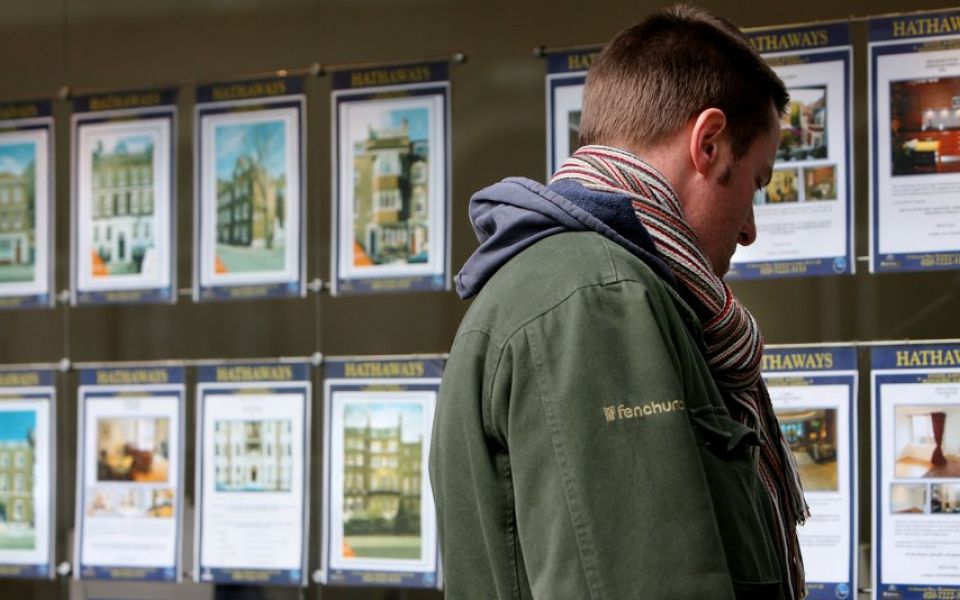 Brexit uncertainty is far from over. Indeed, as we approach the crunch point in negotiations over the summer, we expect rhetoric of hard Brexit and a cliff edge to reach a crescendo, before a final deal is agreed in September or October.

Meanwhile, business and consumer confidence are likely to continue to suffer, causing decisions on large purchases or investments to be delayed if not cancelled.

The slump in house price growth is just another example of poor sentiment. While buy-to-let investors have had to endure an increase in stamp duty and a tightening of mortgage tax relief, Brexit is also cited as a major factor by most providers of house price data.

Annual growth in house prices started to turn down in the run-up to the Brexit referendum in 2016, and has since slowed dramatically to leave prices on average nationally stagnant.

Most surveys that provide a regional breakdown show that London and the South-East have led the slowdown, with high-end properties, particularly in the capital, seeing significant declines in prices.

This is attributed to high net wealth individuals both postponing purchases, but also many leaving the country due to Brexit uncertainty.

The downturn in the upper-end of the market has now trickled down and out to other regions, with some of the national surveys reporting falls for the national average. 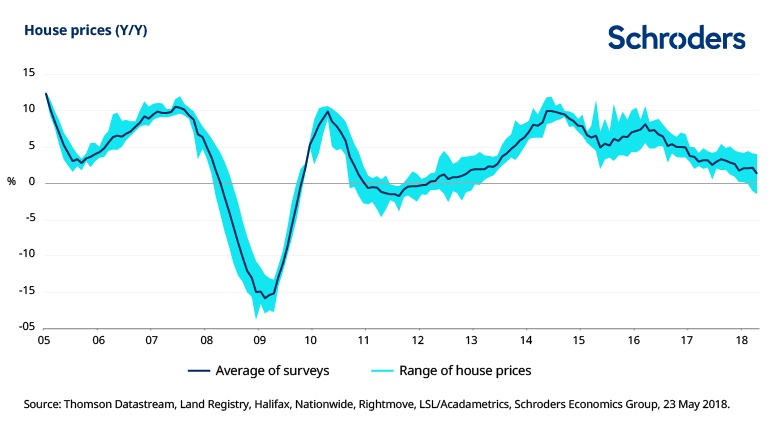 If house prices truly start to fall, and negative momentum starts to build, history suggests that it would take years to halt the decline.

This would not only be negative for consumers, but also lenders and public finances; the latter is far too reliant on tax revenues from property transactions.

For the time being, there is plenty of liquidity in the banking system to continue to provide loans, and the proportion of risky loans is very small compared to the period before the global financial crisis of a decade ago.

Banks have also been forced through regulations to increase their capital reserve buffers, and so should able to withstand a small correction in house prices. However, should a correction turn into a crash, then there are very few policy tools remaining for the Bank of England (BoE) to use.

Interest rates are already at historic lows, at 0.50%, with attention centred on when they will rise. And of course the health of the property market is heavily influenced by rates. The timing of rises may be critical.

The sharp decline in economic growth for the UK in the first quarter year forced the Bank to cancel what was seen as a near certain rate hike in May.

During March, money markets had priced in a 100% chance of a hike in May, only for the probability to collapse following the GDP report in April that revealed the effects of the “Beast from the East” storms that hit northern Europe. The shift in sentiment is shown in the chart below.

Regular followers of our output will be aware that we disagreed with the market and left our forecast unchanged in the last quarter, which proved to be the correct call.

The next BoE Inflation Report is due in August, which provides the Bank another opportunity to raise interest rates.

In our view, this is still too soon to tighten policy, largely because Brexit negotiations will be reaching a head at the same time. Sentiment is likely to be particularly poor as a result.

This suggests the Bank should wait until November (in line with our forecast), when there should be much more clarity on Brexit with the end of negotiations.

This time, the market is in greater agreement with our November forecast.

Rate rises, whenever they come, will only put further pressure on Britain’s stalled property market.

Important Information: The views and opinions contained herein are of those named in this article and may not necessarily represent views expressed or reflected in other Schroders communications, strategies or funds. The sectors and securities shown above are for illustrative purposes only and are not to be considered a recommendation to buy or sell. This communication is marketing material.