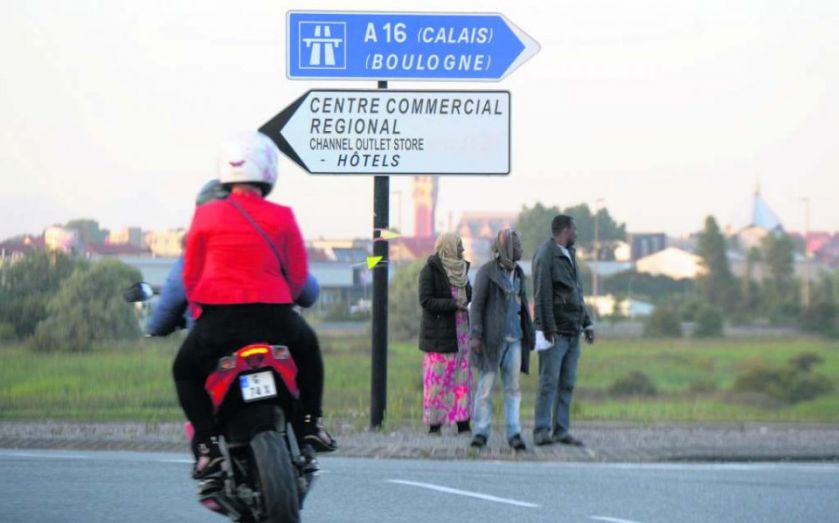 Prime Minister David Cameron is facing fresh criticism over the government’s efforts to stop the chaos in Calais, as business leaders, politicians and humanitarian groups alike say the crisis is reaching a breaking point.

Services through the French port have been disrupted for weeks, holding up trucks, trains and other forms of transport on both sides of the English Channel as migrants attempt to cross into Britain through the Channel Tunnel.

Nine migrants are believed to have died trying to make the trip since the first week of June.

In Kent, the coast-bound side of the M20 motorway has been at a standstill for more than half of the past month, costing the county an estimated £1.5m in tourism revenues and consumer spending every day.

Emma Liddiard, chairman of the Institute of Directors in Kent, told City A.M. yesterday that the motorway was a “no-go area,” making it “nearly impossible for Kent business to function”.

She added: “We urge the govern­ment to bring forward solutions to the immediate problem on our roads, and reveal their plans to work with the French government.”

Downing Street said yesterday that the government had agreed with the French authorities to ramp up security around the tunnel, with more private security guards and police officers patrolling the area.

But other business leaders insisted that politicians on both sides of the Channel need to do more.

Julie Maddocks, a spokesperson for the Freight Transport Association (FTA) – which estimates that port delays are costing the UK logistics industry £750,000 each day – echoed interim Labour leader Harriet Harman’s call for the French government to make payments to Britons affected by the commotion, telling City A.M. that the FTA thought Harman’s suggestion was “brilliant”.

Maddocks said that the FTA wanted the British government to set up a pot of money from which affected industry groups and individual haulers could access funds.

The Federation of Small Businesses, which has said that small firms “are being held to ransom” by the disruptions, says more than 20,000 of its members are affected by the chaos.

Swedish minister Morgan Johansson said yesterday that EU states including Britain should take in more asylum seekers. Last year Sweden accepted around three times as many refugees as the UK.