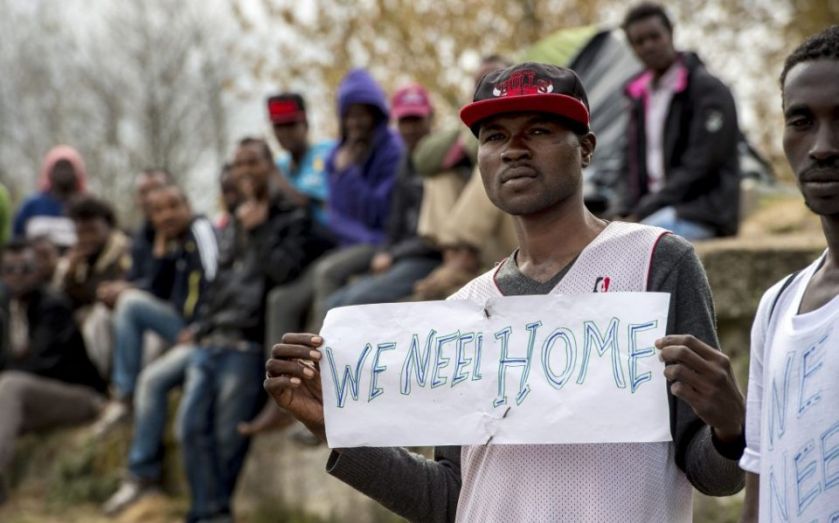 The ongoing crisis in Calais is a sad reminder that the EU is still far from finding a solution to its migration problems. It also shows how deep national divides have become in Europe.

France blames Italy and Greece for failing to process asylum seekers arriving on its shores, opening the doors for them to travel elsewhere. The UK is upset with France for the same reason. Meanwhile, countries on the Mediterranean, where North African migrants fleeing conflict areas usually arrive accuse their northern counterparts of not doing enough to help easing their burden.

And the European Commission reproaches member-states for not taking their share of asylum seekers: it wants to set up a system of compulsory quotas.

While national capitals and EU institutions point fingers at each other, thousands of migrants die trying to cross the Mediterranean, and thousands more live in terrible conditions, deprived of their most basic rights. Refugee settlements such as the “jungle” in Calais, or those in the Greek island of Lesbos, should have no place in the developed world, let alone in Europe, which prides itself in being a champion of democracy and human rights.

As with “Grexit”, the migration crisis is testing the EU’s ability to find long-term solutions to pressing challenges. The Arab Spring and the subsequent Libyan and Syrian conflicts have shown that the EU urgently needs to find a common approach to migration. But the response needs to be a sustainable one.

The traditional focus on border controls – “Fortress Europe” – is no longer appropriate. Europe needs to defend its borders, but it cannot neglect the humanitarian crisis unfolding in its backyard.

The current European asylum system (known as the “Dublin system”), designed to avoid situations such as the one in Calais, is clearly not working. Under “Dublin”, potential refugees need to apply for asylum in the first country of entry, which is responsible for guaranteeing that they enjoy an adequate standard of living until their application is processed. But countries of first entry are overwhelmed with applications and fail to take the necessary diligence in monitoring large flows of refugees.

Read more: Debate: As the Calais migrant crisis worsens, is Nigel Farage right that the army should be drafted in?

According to reports, around 70 per cent of migrants in Calais do not wait for their application to be processed. Uncontrolled settlements such as the “jungle” make it easier for migrants to escape supervision. It is the responsibility of French authorities to ensure that this does not happen. This lack of supervision means migrant move elsewhere in the EU, in search of better conditions. All member-states are responsible for ensuring that these ‘secondary movements’ do not happen. And they are also responsible for ensuring that asylum seekers have decent living standards while awaiting the results of their application.

Europe should be ashamed of situations such as the one in Calais. Asylum seekers should be spread around the EU, with quotas based on population and other socio-economic criteria.

Countries of arrival and transit (such as Italy, Greece and France) should exercise their due diligence when processing arrivals. Financial support from the EU could help them in doing so. There is nothing to stop the UK from joining a system of quotas, despite its opt-out from EU asylum laws.

British politicians should realise that the Calais crisis is, first and foremost, a humanitarian emergency.

And that heated rhetoric, such as Cameron’s unfortunate “swarming” statement, will serve one politician more than anyone else: Nigel Farage.