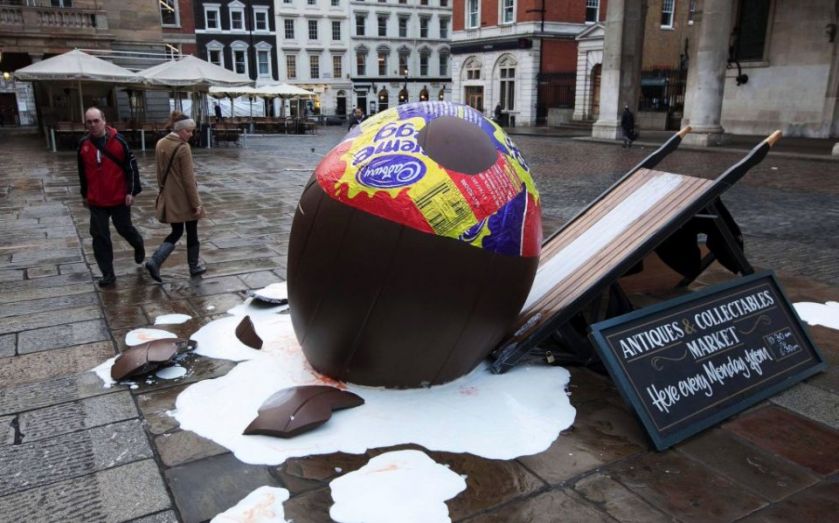 It's never a good idea to change the recipe of a well-loved treat – and Cadbury’s Creme Egg is no except­ion. Following anger last week over an apparent change in taste, a Cadbury’s spokesman said: “It’s no longer [made with] Dairy Milk. It is similar, but not exactly Dairy Milk.

But there is a serious note to be struck here, as our BrandIndex data shows. Consumers like tradition, and the humble Creme Egg remains one of the nation’s favourites.
Our data illustrates the negative impact the announcement has had on the brand over the past week. YouGov BrandIndex Buzz Score (whether a respondent has heard something positive or negative about a brand in the last two weeks) shows a very steep decline in over the past seven days. On 7 January, the brand has a modest, but positive, score of 1. On 15 January, it had plummeted to minus 11.7.

It is clearly a topic that has got people talking, too. YouGov BrandIndex’s Word Of Mouth metric measures whether a respondent has heard about a brand from a family member or friend in the past two weeks. On this metric we see a sharp incline, showing that the topic, however jovial and unimportant in the grand scheme of things, has people interested. This rating has jumped from 3.9 to 16.2 in the past two weeks, underlying the impact the story has had.
So what does this mean in terms of sales? Bosses will be concerned that less than complimentary press around the new recipe will leave consumers cold, especially in the run up to the vital Easter period. Our purchase consideration metric (whether a respondent would consider buying the item) shows a worrying trend, with the score falling from 18.7 to 15.2 in the days since the announcement.
Cadbury’s will hope that this damage is temporary and only time will tell whether the egg remains one of the nation’s favourites.