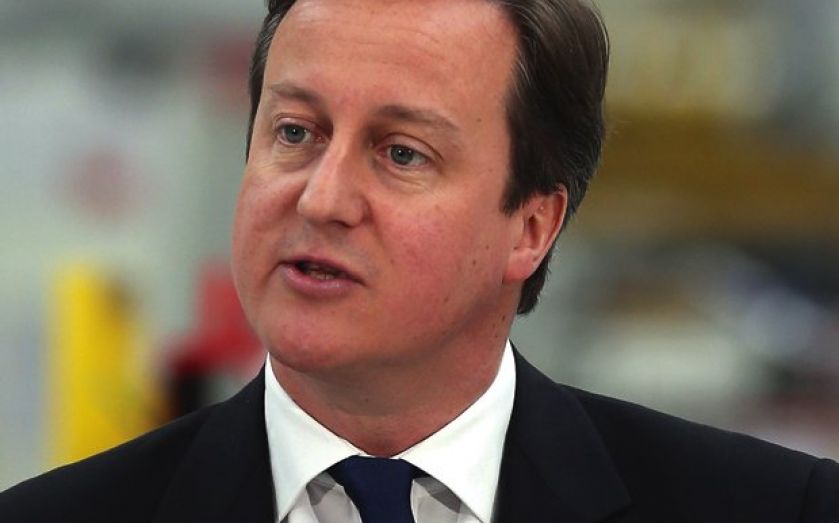 DAVID Cameron must make good on his defence of the free market by cutting taxes and boosting investment in the economy, business groups warned yesterday.

The Prime Minister used the final day of the Conservative party conference in Manchester to deliver a rhetroic-heavy speech in defence of free markets, attempting to define the next election as a battle between his party’s commitment to tax cuts and Labour’s willingness to intervene in the market.

But the Institute of Directors said Cameron would only gain credibility when he started reducing the size of the state.

“Businesses will be looking for him to match the sentiment with action,” said Simon Walker, the organisation’s director general. “If tax cuts aren’t dirty, let’s have a few more of them. If profit isn’t elitist, let’s allow businesses to keep a little more of it.”

His comments were echoed by John Longworth of the British Chambers of Commerce, who said the speech would “strike a chord with businesses of all sizes” but urged Cameron to maintain his focus on the economy.

“If the eighteen months until the next general election are spent on ensuring fiscal discipline, improving infrastructure, helping businesses access capital, training up our young people and supporting our exporters, the Prime Minister’s vision is achievable,” he said.

“But if our political class descends into cheap electioneering and giveaway politics, it will have wasted a once-in-a-generation attempt to build a strong new foundation for economic growth.”

Cameron used the speech to drop heavy hints that he would go into the next election offering tax cuts, insisting that Labour’s plan to increase corporation tax is the “most damaging, nonsensical, twisted economic policy you could possibly come up with”.

Labour said the Prime Minister offered nothing to deal with the “cost of living crisis” affecting Britons.