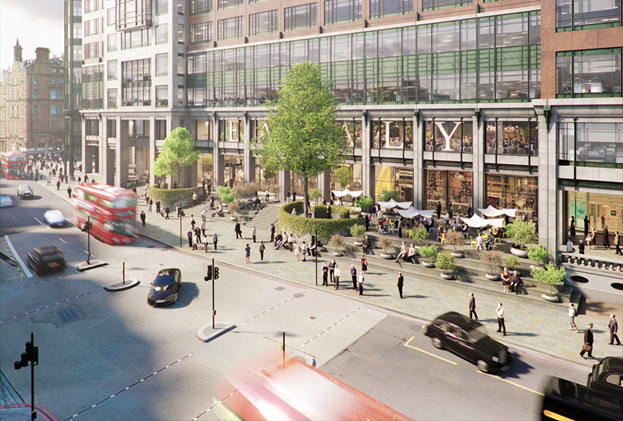 The world’s largest interdealer broker has revealed plans this morning to move into a major new City headquarters in Broadgate, in an effort to house all of its brokers under one roof following the firm’s merger in 2016.

TP ICAP will take up four floors of 135 Bishopsgate in a leasing that will see the FTSE 250 firm cover 123,000 square feet of office space.

The move comes as the brokerage company, which merged the two firms of Tullett Prebon and ICAP in 2016, looks to amalgamate its two current City offices on Liverpool Street.

In recent months TP ICAP has made similar such decisions across the world, having already signed commercial leases to move staff into new and bigger offices in cities such as Singapore, Sydney and New York.

Today’s announcement is also a major coup for British Land, the property firm developing Broadgate, which has been making efforts to lure in major names to its mixed-use site since its makeover in the last decade.

It is thought the move will happen in the spring of 2020 following a radical refurbishment of the building.

Nicolas Breteau, boss of TP ICAP, said: “This is great news for our London-based employees, who will benefit from the excellent facilities available at 135 Bishopsgate. Our new headquarters reflect the ambition we have for our business and will provide an environment in which our competing brands will continue to thrive. It is also an important landmark in the group’s integration as we reduce our global footprint of offices.”

David Lockyer, head of Broadgate for British Land, said: “The quality of Broadgate’s offering and the service we provide here has been a key driver in TP ICAP’s decision to remain at the campus. Overlooking one of London’s liveliest streets, 135 Bishopsgate’s refurbishment marks a significant milestone in Broadgate’s evolution into a world class, mixed-use destination where innovation and finance meet.