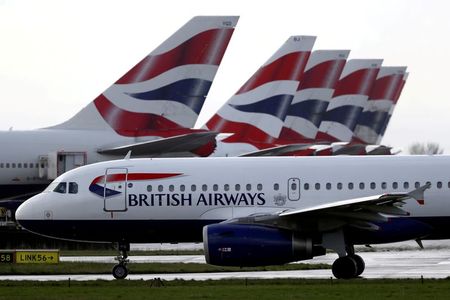 British Airways is mulling the creation of a new short-haul subsidiary operating out of Gatwick, the airline confirmed today.

The IAG-owned carrier was forced to move its short-haul services from the Crawley airport to London Heathrow when the pandemic struck last year.

It was one of a number of airlines to close or suspend its Gatwick operations amid the worst crisis in memory for the sector.

But with short-haul flying now beginning to pick up amid the easing of travel restrictions, creating a new operation dedicated to this short journeys could allow the carrier to compete with low-cost rivals such as Ryanair and Easyjet until its long-haul services return in full.

A spokesperson for BA confirmed the plans, which were first reported by the Wall Street Journal.

“We are working with our unions on proposals for a short-haul operation at Gatwick. We are not prepared to comment further while this process continues”, he said.

“BALPA and BA are in the final stages of negotiations over the revised pay and conditions for Gatwick based BA pilots and we hope to bring these talks to a conclusion shortly”.

According to aviation consultancy Cirium, BA had 47 short-haul routes from Gatwick when it suspended services last spring.

Next July, assuming the same programme were to return, it would have 1,881 short-haul flights from the airport, second only to Easyjet.

Plans for a subsidiary at Gatwick have been repeatedly considered by BA bosses due to the struggle to make its operations profitable.

But with Sean Dyche now in command, the carrier is now looking to turn them to fruition.

Aviation analyst John Strickland said the move made sense for the carrier.

“Logically BA would want to come back to these short haul markets, given it had built up a successful position and slot usage cannot be deferred indefinitely. It must now appraise how and in what way might it do this to secure long term sustainability if it is to return.

“The market has changed and we see leisure traffic resurgent but very much price sensitive. It is important that IAG, BA’s parent gets this right which could include looking at capacity from other Group airlines such as Aer Lingus and Vueling.”

Such a move would also be a boon for Gatwick, which has seen carriers like Virgin Atlantic and Norwegian close their bases at the airport over the last year.

Yesterday the airport confirmed it would go ahead with plans to bring its emergency northern runway into full-time use for short-haul flying.