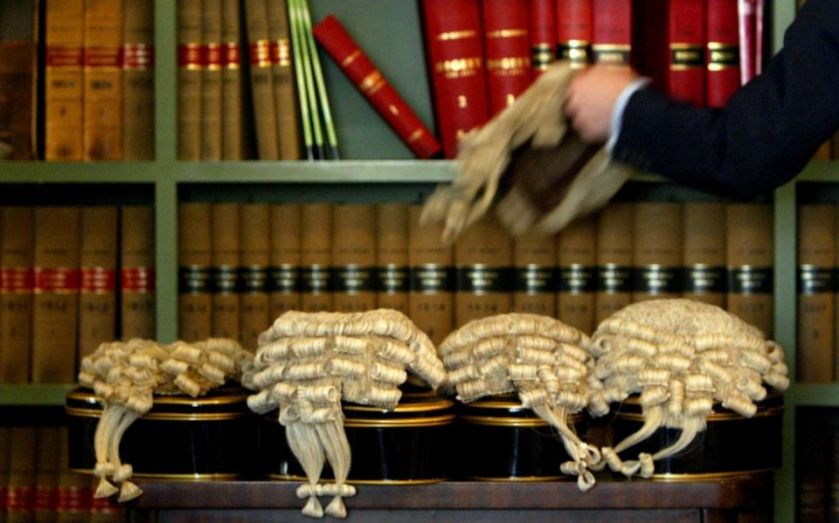 In these pages on Tuesday, the justice secretary Chris Grayling celebrated the way Britain’s legal sector is leading the world. Let me publicly join him in that celebration.

London is the destination of choice for people and companies settling their legal disputes, a testimony to the hard work of the city’s legal firms and lawyers. From that flows jobs and taxes that contribute to London’s prosperity. Our legal expertise also enhances the reputation of the UK overseas.
As a former lawyer with a London firm, I know this success is built on our reputation for fairness, transparency and the rule of law. These democratic principles are among our finest gifts to the world. Magna Carta gave birth to the fundamental principle that no one is above the rule of law, no matter how powerful. This is still pivotal after 800 years.
Our international standing is at risk if these principles are weakened. But that’s precisely what is happening. In his City A.M. article, Grayling pronounced that he’s “incredibly proud of our legal heritage”. But many lawyers and judges have found it galling that the government is using this week’s Global Law Summit to praise Magna Carta and the international success of our legal sector. This is because crucial parts of our justice system are being dismantled, in direct contradiction to that hallowed document.
Let’s look at the charge sheet. Legal aid cuts mean righting wrongs and rooting out injustice are way beyond the affordability of many people. Hikes in court fees mean that many are priced out of the system. Changes to judicial review have placed governments and ministers beyond challenge and above the rule of law. And charities and campaigners have been gagged from criticising the government due to the Lobbying Act.
And things could get worse if the Conservatives win the General Election. Basic rights like the right to a fair trial and the right to privacy would be weakened if the Human Rights Act is abolished. Our international reputation would be left in tatters if we walked away from the European Convention on Human Rights, the direct descendant of Magna Carta.
And already there are warning signs. Just this week, Amnesty International warned that the UK “is going in the wrong direction on rights, protections and fairness”. Yet ministers are in denial about the impact their actions will have on our proud reputation.
We won’t maintain our global standing for long with the poor excluded from the justice system. If unlawful government actions are beyond challenge, ministers will be free to wield power in an arbitrary fashion, with dissenters muzzled. And it’d be humiliating to join Belarus, the pariah nation of Europe, as the only non-members of the European Convention on Human Rights.
The government talks a good talk on Magna Carta, hugging it close when it suits. But its actions betray all that document stands for.
If we are selling our wares to the world, we must make sure our own house is in order. That’s why Labour will reform legal aid so that the poor and vulnerable can continue to access it. We’ll protect the Human Rights Act and the European Convention on Human Rights. And we’ll repeal the bits of the Lobbying Act that gag campaigners.
To do anything less would be a disaster for our justice system, and leave London’s pre-eminence severely damaged.