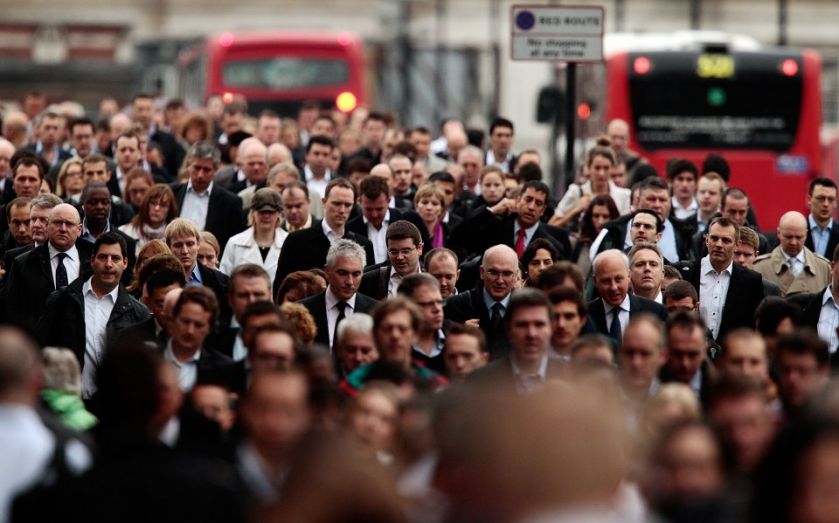 EARNINGS grew at the fastest pace since the financial crisis this year, while inflation dipped to the lowest level since 2009, putting the end of the UK’s long wage squeeze in sight.

Figures released by the Office for National Statistics (ONS) yesterday revealed the smallest squeeze on weekly real earnings since the recession, during the 12 months to April.

Many economists now suspect that the average worker will finally see rising real wages in 2014, after five years of pain from stagnant pay settlements, made worse by continually above-target inflation.

In its annual survey, the ONS said that earnings rose by 2.2 per cent between April 2012 and the same month this year, surpassed only slightly by consumer price inflation, which came in at 2.4 per cent in the same period. The year before, earnings rose by just 1.6 per cent, compared to three per cent inflation.

“Inflation should continue to fall towards the target next year, and it won’t take much of a wage boost to see small real increases. The growth of the economy has already raised productivity in the second quarter, and if that continues wages should rise,” he added.

Markit chief economist Chris Williamson agreed: “In the last eight months or so since those data were calculated, we’ve seen a lot of momentum in the labour market, so it does bode well.”

“I think we’ll get real wage increases next year – recruitment agencies say people have to be paid more and more where there are skills shortages. These are new hires, and this takes time to filter through to the whole market, but increases are now on the horizon.”

But growth in earnings – which includes bonuses, overtime and other forms of additional pay – was below average in London during the year to April, rising at only 0.9 per cent in the capital. No growth at all was recorded in the south east.

However, London incomes are still highest by some distance, with median earnings for full time work rising to £657 per week this year. The south east of England comes second, at £536.

In comparison, the fastest growth over the period was found in the north east of England and Wales, where earnings jumped 3.5 and 4.4 per cent respectively – yet weekly earnings in Wales were just £472, and £470 in the north east.

New statistics for measuring human capital – the estimated value of all the skills and knowledge in the labour market – were also released yesterday, suggesting the total value of the UK’s labour market stabilised in 2012, falling to £17.15 trillion.

The data suggest that more than half of the UK’s human capital is concentrated in people between 16 and 35, since many have decades of paid work ahead of them.

According to the earnings survey, pay rises with age, but peaks between the ages of 40 and 49 on average, at £580 per week. Median incomes then slide, returning to £490 for people over 60.