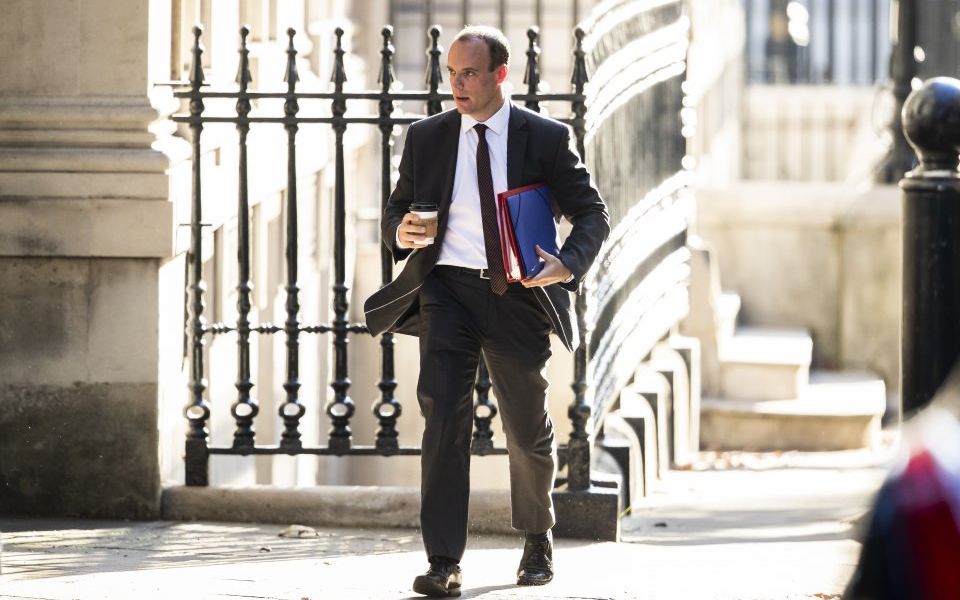 Brexit secretary Dominic Raab is poised to unveil a further 28 ‘technical notices’ advising the country how to prepare for a no deal scenario.

The notices, due to be published this afternoon after a special "no deal" Cabinet meeting which Bank of England governor Mark Carney was seen joining, will offer detail on a number of critical areas including mobile phone roaming charges, upholding environmental standards and vehicle standards.

Two mobile operators – Vodafone and Three – have already pledged to continue allowing UK users free roaming in Europe, with Raab saying that if others did not follow the government would force them by law.

Ahead of publication Raab has given a series of broadcast interviews in which he has stressed the "binary choice between a deal and a no deal, that will focus minds" both in Brussels and Westminster.

He told the BBC : "I do appreciate the concerns on all sides … But when push comes to shove, there will be the choice between the deal that I’m confident we can strike with the EU and the no deal scenario. And we are making sure we are ready for the latter. But I think it would be by far the optimum outcome to have a negotiated deal, and I think that will focus everyone’s minds."

Raab has also stressed that there is "no deal without the whole deal" – referring to the £39bn divorce bill – is expected to be heavily lent on by government ministers for the next few months, an update on "nothing is agreed until everything is agreed".

Yesterday chancellor Philip Hammond made it clear the UK would pay its obligations – however reports this morning suggest the final sum could be around half of that pledged unless there are some guarantees around the future trading relationship.