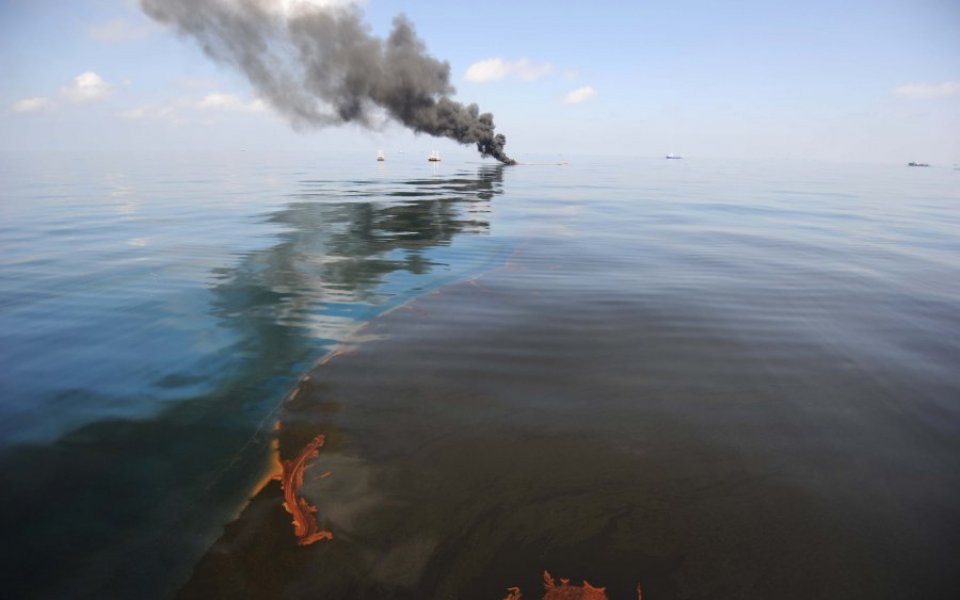 BP's share price has fallen to its lowest level in nearly six years after posting worse-than-expected results this morning.

Shares in the oil giant, whose replacement cost losses increased by 130 per cent, were down 9.5 per cent in mid-afternoon trading to 330 per share – the lowest in nearly six years, though still well above the 2010 slump prompted by the Gulf of Mexico oil spill.

The energy giant has recorded a replacement cost loss of $2.23bn in the fourth quarter, up from $969bn.

Underlying RC profit for the fourth quarter was $196m, compared with $2.3bn for the same period in 2014 – well below analyst expectations.

"The lower underlying result was mainly due to the upstream segment, which reported an underlying replacement cost loss of $728m for the quarter," BP said.

For the full year, RC loss was $5.1bn, compared with a profit of nearly $81.bn a year ago. After adjusting for a net charge for non-operating items of $11.2bn and net favourable fair value accounting effects of $205 million, underlying RC profit for the full year was $5.9bn, down from $12.1bn in 2014.

However the group is still paying out a quarterly dividend of 10 cents per share, which is expected to be paid on 24 March.

BP had an interesting take on its figures, saying: "Despite strong operational performance and growing cost reductions, the lower underlying result was predominantly driven by the impact of steeply lower oil and gas prices on BP's upstream segment, which reported a pre-tax loss for the quarter. This was partially offset by a strong set of counter-cyclical results from the downstream segment."

It's no surprise that the falling price of oil has taken its toll, but the fact that results were worse than expected shows just how bad things are for the energy giant.

As a result, it is planning even more restructuring of the business, and said it will "reduce the number of staff and contractor roles in the upstream segment by around 4,000 during 2016 and by up to 3,000 from the downstream by the end of 2017".

On top of this, BP has revealed a "realignment" of its top team.

Lamar McKay, currently chief executive of BP's upstream division, has been promoted to the new position of deputy group chief executive. McKay, a 35-year veteran of BP, will be based in London and take up the role "following a suitable handover period".

Bernard Looney, currently chief operating officer, production, will take over the helm of the upstream segment.

McKay’s  new responsibilities will include strategy and long-term planning, safety and operational risk, technology, and corporate governance – including ethics and compliance. BP America will continue to report to him.

"These appointments headline a reorganisation of BP’s executive team that includes other adjustments which will follow the retirement of Katrina Landis, executive vice president of corporate business activities, who leaves the company on May 1 following a career of 24 years with BP," the firm said this morning.

BP’s group chief executive, Bob Dudley said: “These changes simplify, focus and better align accountabilities within our experienced and versatile senior team. In particular Lamar’s new role will allow us to further concentrate our attention on BP’s highest priorities through this challenging time for our whole industry.

“I welcome Lamar and Bernard to their important new roles and look forward to working even more closely with them in future. And I would like to thank Katrina for her leadership and the success she delivered throughout all the senior roles she has held at BP.”

Michael Hewson of CMC Markets said: "This morning’s results from BP have added to the gloom surrounding the sector… While the dividend has been maintained the question now is whether it will continue to be so given that energy prices still show no signs of finding a base.

"It is notable that despite the sharp fall in the oil price the shares haven’t hit the lows seen in the wake of the 2010 Deepwater Horizon oil spill at around 296p, and the reason for this is probably down to the fact that for now the dividend remains intact.

"BP CEO Bob Dudley will be particularly keen to ensure that the dividend remains untouched having finally restored it in the wake of the Gulf of Mexico disaster, having made the company much leaner since taking over the reins, but with average oil prices still trading at multi year lows so far this year the question now needs to be asked in how long can BP sustain the dividend at current levels, without an imminent pick up in oil prices.

"How many more jobs will BP need to cut from its already reduced 80,000 workforce in the coming months in order to sustain its payout against a backdrop of a possible ratings downgrade, and lower energy prices for longer?

"If BP management insist that the dividend is safe how much worse do things need to get before it becomes unavoidable as BP management weigh up the likely response in terms of the share price if they did cut the payout, which could well be ugly and do more harm than good, particularly if it wipes a few more billion off the share price."

Worse-than-expected results from the oil giant is prompting job cuts – but there are concerns that it will not be enough to steady the ship.