City of London Festival: Bowler hats off in Paternoster Square 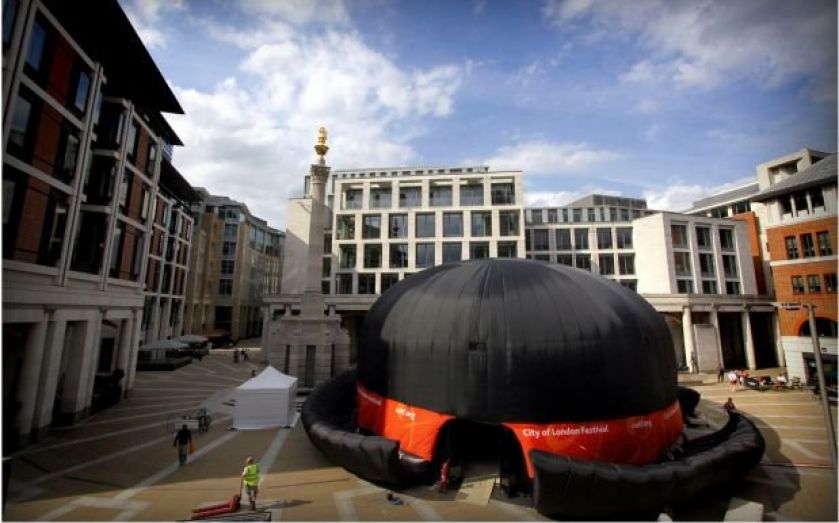 Anyone walking through Paternoster Square this morning, be not afraid of the giant millinery planted in the middle. You haven’t woken up in a Lewis Carroll novel ­– the City of London Festival has started and that giant bowler hat is a venue.
The festival has previously slipped under the radar slightly, but this year ex-Edinburgh Fringe director Paul Gudgin has taken the helm, making sure the City’s cultural event squares up to its better-known competitors. “I’ve observed the City has changed drastically in the last few decades so I’ve tried to reflect that in the event programme,” said Gudgin.
Sure enough, there’s a long list of mainstream comedy lined-up for the Bowler Hat venue, as well as a number of events which reflect the City itself. “Geography is what makes a festival work often so we’ve tried to incorporate the City where possible, including a series called Jazz With A View at locations like The Gherkin, One New Change and Unilever House.” A lecture series has also been included, designed to debate some of the City’s biggest issues. City A.M.’s own Marc Sidwell will be part of the panel for the “Can The City Be Socially Useful?” debate on 1 July.
As for the Bowler Hat – Gudgin is just glad it has been well received. “We’re taking a classic City icon and mildly subverting it – self depreciation is never a bad thing.” Hats off to that.
Share:
Tags: NULL