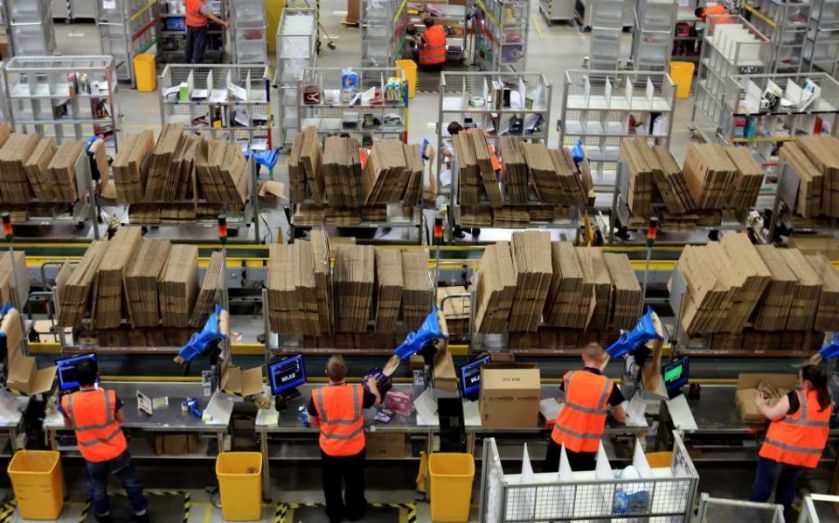 The UK’s unemployment rate tumbled to 5.7 per cent between October and December, while growth in pay rose to its highest since 2013, according to "corking" figures published by the Office for National Statistics today.

Pay leapt 0.4 percentage points to 2.1 per cent including bonuses, but slowed to 1.7 per cent excluding bonuses. The figures pushed up sterling against the dollar: one pound will now net you $1.54. That's likely to  cheer the Coalition as the election draws closer.

Firstly, because the striking piece of news is that wage growth including bonuses jumped so far. The ONS said:

Higher bonuses were recorded in December 2014 compared with December 2013 across a number of industries in the private sector, particularly finance and business services.

Much of the election will be fought over precisely this ground. With the UK’s GDP growth surging ahead, the Conservatives are arguing the economy is on the road to sustainable prosperity. There are more cuts to come, but they should remain at the wheel because unemployment is dropping and wages rising. What's more, wage growth (albeit including bonuses), is now rising at 0.1 percentage points above the target inflation rate of two per cent. 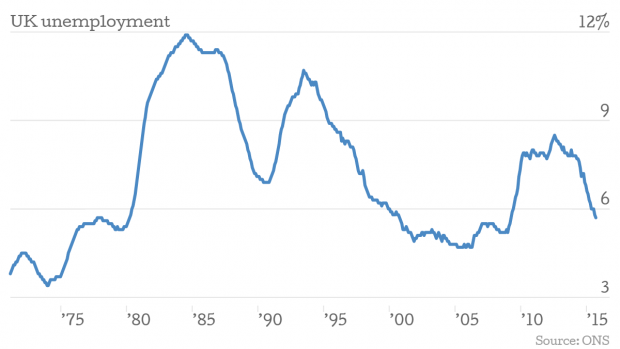 The counter argument is that pay growth is a consequence of falling inflation (in an ideal world the Bank of England keeps the consumer price index (CPI) at two per cent, not the current 0.3 per cent) rather than soaring wages. In fact, real wages excluding bonuses are growing at 0.3 percentage points below the target inflation rate. What's more, low inflation is, in no small part, down to plummeting oil prices, something outside the Bank of England's control.

Whatever the merits of either argument, voters are more likely to re-elect the government if they feel a difference in their wallets. It’s always worth bearing in mind that the ONS bases these figures on surveys and so they are not concrete numbers. Also, regional differences are likely to be large.

What the analysts say

Wages are growing at their best level in three and a half years and inflation is at the lowest level on record; consumers are in a very good position and so are the prospects for the UK economy.

Real wage increases come from optimistic employers happy with business conditions, they allow consumers to re-balance spending figures having taken on credit in leaner times and promote growth in generalised output with a central bank more comfortable to normalise monetary policy. Indeed, the Bank of England told us in their latest minutes that they expect to see CPI rising ‘fairly sharply’ after the fall in oil drops out of the basket.

All in all this is a corking jobs report; higher wages, lower unemployment mixed with lower inflation released yesterday is nothing but good news.

Offering a more pessimistic view was Chris Jones, chief executive of the City and Guilds Group:

It’s encouraging that more people are employed, but it seems premature to celebrate – especially when youth unemployment is still so high. Countless young people are caught in the vicious cycle of trying to find work to gain experience, but needing experience to find work.

That’s why we need programmes that help young people get the skills employers want. A great example is apprenticeships, and it’s no wonder that politicians are promising millions more in the run-up to the election. Efforts to expand access to them is certainly welcome, but apprenticeships are only one part of the solution.

We need to see long-term planning that links skills to economic forecasts, greater coherence between central and local government and more stability in the skills and employment system. Our young people’s futures depend on it.