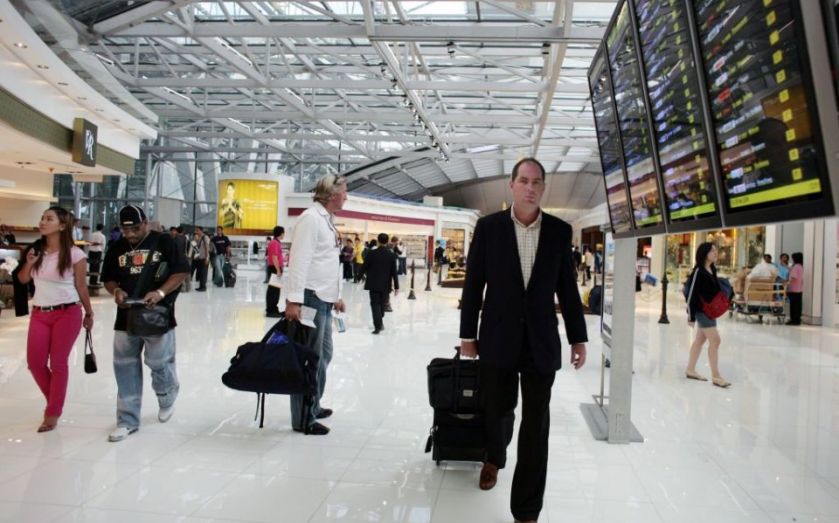 I arrived back from holiday at Heathrow last week. After I picked up my bags, I went through customs and I saw some stewardesses walking through a passageway that avoided the arrivals duty free shopping area. I had everything I needed, so I decided to skip the shops and go through the passageway to head home. But all hell broke loose: airport staff quickly chastised me for using a door that was for employees only. “You have to go through the duty free shopping area!” they yelled, before sternly guiding me back to wander through the aisles of perfume and cigarettes. But why do those who are landing have to go through duty free? It did make me wonder, as we were not travellers; we had arrived.

But for departing travellers, up until last week’s news about airport shops, boarding passes and VAT, many had always wondered why they had to hand over their boarding passes when they wanted to buy a few last minute essentials at the airport. We now know that we don’t actually have to hand them over; that the shops are using the information to claim back VAT of 20 per cent on goods sold to those flying outside the EU.

As usual, government, the complicated tax system and a lack of genuine competition are the problems here, not the companies. But it is fashionable to blame corporations for all of the world’s ills, so there were few thoughtful proposals that would actually encourage stores to pass on savings to customers.

Politicians create perverse incentives by adding layers of complexity to the tax system, however noble the original intentions were. For instance, why do we tax air travellers with Air Passenger Duty and yet give them an advantage on VAT when flying outside the EU? Wouldn’t it be sensible to cancel both the VAT exemption and the Air Passenger Duty? There are certain EU rules which take overall control of VAT out of our hands, but the system would work much better if it were applied across a broader base at lower rates, instead of being charged at a whopping 20 per cent with loopholes and exemptions peppered throughout.

Scrapping Air Passenger Duty would give us more honest ticket prices and make it easier for British families to visit relatives or enjoy a well-earned break. Furthermore, it would improve the ability of firms based in Britain to compete in international markets for customers and investment. The tax was introduced in 1994, having been announced in the previous year’s Budget by Ken Clarke, but the case for maintaining it is flimsy at best.

At the moment, the UK government charges one of the highest aviation taxes in the world, meaning we are losing out to other destinations competing for business visitors and tourists. The coalition government made efforts to reduce the burden, but it would be better to abolish it altogether. The lost revenue would surely be more than made up in increased travel and business activity.

What should we do in the meantime, while we await tax reform? Well, if we want airport shops to pass on savings to consumers, real competition must exist. The rent levels on shops at airports are very high, so if the airports wanted to ensure that customers reaped the benefits of complicated VAT rules, they could let their limited retail space in the form of smaller shops to increase competition. The shops that use claimed-back VAT to lower their prices will surely see an influx of customers compared to their neighbours who decide to bank the money.

Indeed, as Heathrow and Gatwick fight it out for a new runway, it would be interesting to see one of the competitors propose opening up their terminals to drive down shopping prices. The airport that does so may receive a wave of public support to buttress its case for expansion.

Now that we know why we are asked for our boarding passes, hopefully the pressure will grow on politicians to do something about high and complicated taxes. It would also be welcome if airports were to bust open the mini-monopolies that exist in their airside shops and encourage genuine competition. After all, competition in the skies helped to drive down prices – let’s unleash it in the terminals too.