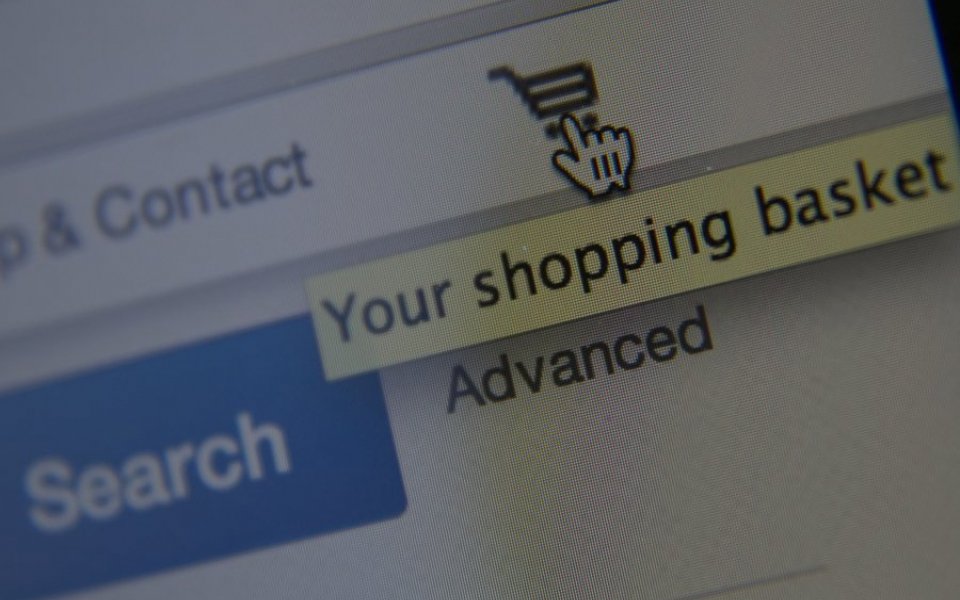 Customers hunting for Black Friday deals are being held back by the slowness of retailers' websites, with Argos customers waiting nearly 10 seconds to bag a bargain in some instances.

The Argos website had temporary service issues for 15 minutes on the Friday before the biggest shopping day of the year, according to website analyst firm Capacitas. It follows a serious glitch at the Home Retail Group-owned store which left potential shoppers unable to take advantage of offers which began earlier in November.

Page load times for the Argos website stood at 9.8 seconds, on average, improving to 3.1 seconds on Wednesday, but still six times slower than Amazon and ranking a the worst performing website among the UK's biggest shops.

"We know that longer than two seconds and people are likely to give up no matter how much they love a bargain. On Black Friday this is exacerbated as there are alternative sites to hunt for bargains when a site goes down or is unresponsive," said Capacitas chief Danny Quilton

Commenting on Argos's performance, he said: "It is embarrassing for any retailer to greet online visitors with a message saying the site is down. For Argos it must be especially frustrating as they launched their Black Friday campaign two weeks before the big day. This should have meant avoiding the big rush of shoppers crashing the website as they try to grab a deal before time runs out. Instead their website has had issues since the deals were launched with a shopping experience plagued by delays and messages like this:"

Currys, House of Fraser, John Lewis and Next were praised for being up 100 per cent of the time and fast page load times.

Read more: Here's what John Lewis is up against this Black Friday

A website's downtime may come during quieter periods, for example when maintenance is done overnight, while an influx of customers means those making a purchase are able to use the site but it may be down for those browsing.

Last year Argos, along with Currys and Tesco, struggled to keep up with Black Friday shoppers' demand online.

Here's how the shops were performing a week before the shopping bonanza: 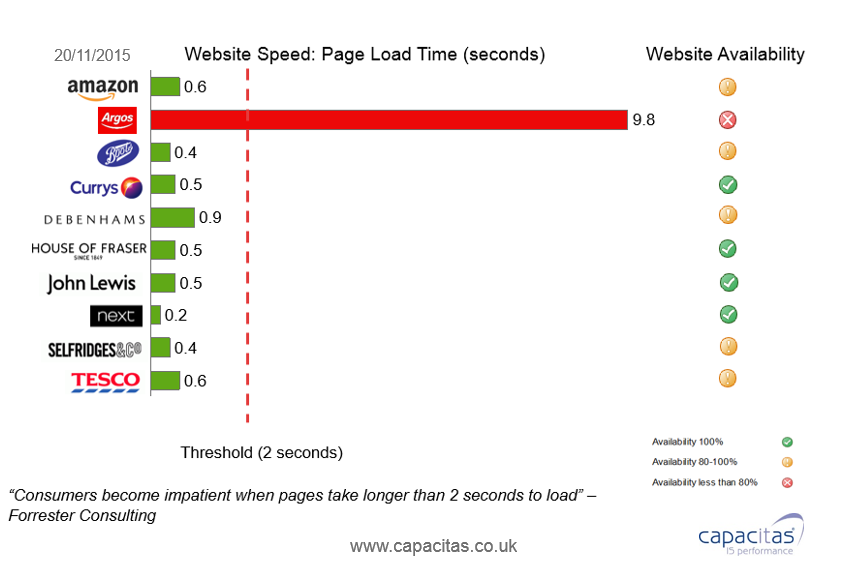 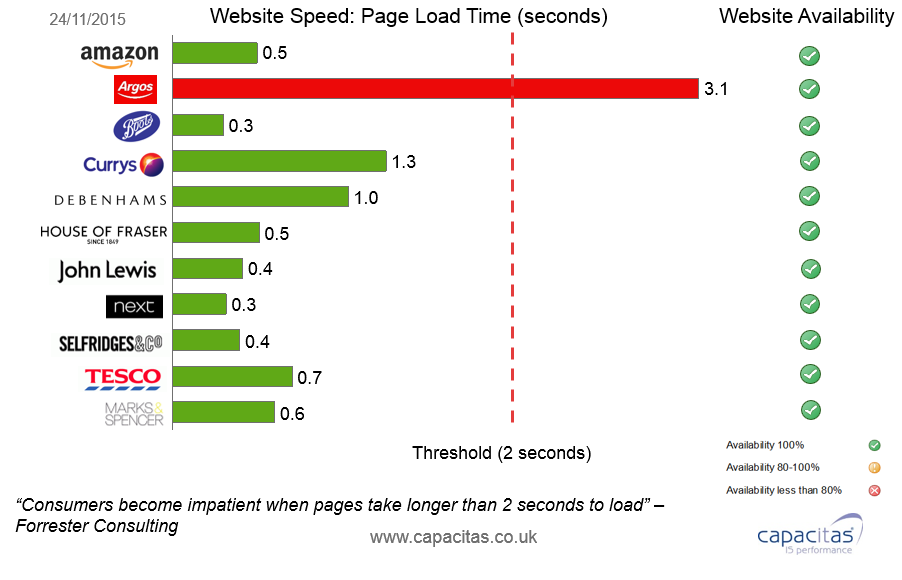