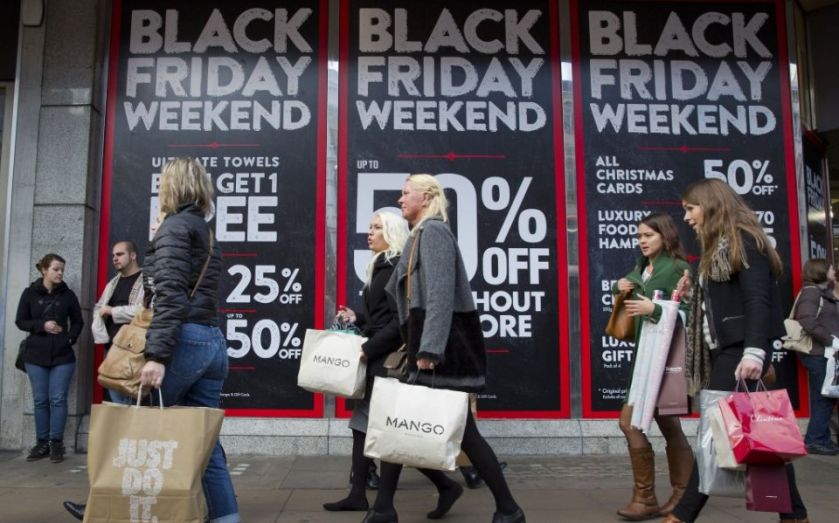 Britons spent £1.5bn more in November than the previous year after a surge in the popularity of Black Friday discount deals, research from Boston Consulting Group (BCG) released today shows.

The consultancy company said around £28.7bn in sales took place in November, with 66 per cent of consumers either delaying or bringing forward their Christmas shopping to take advantage of deals launched the week of 24 November which culminated in Black Friday.

But despite the popularity of the US-imported event, BCG’s retail partner Chris Biggs said 55 per cent of the 1,000 shoppers surveyed said they were unhappy with the change in the sales pattern: “Our study found that consumers felt stores were too busy, too many products were out of stock and customer service was poor.”

Black Friday has sparked a mixed response from retailers, with Home Retail Group warning against chasing sales at the expense of profit margins. Others, such as Dixons Carphone, welcomed the change and said they were able to adapt by working with suppliers on deals a year in advance.

BCG said December saw sales growth of £1bn year-on-year, with trading over the Christmas period up four per cent to £71bn overall.