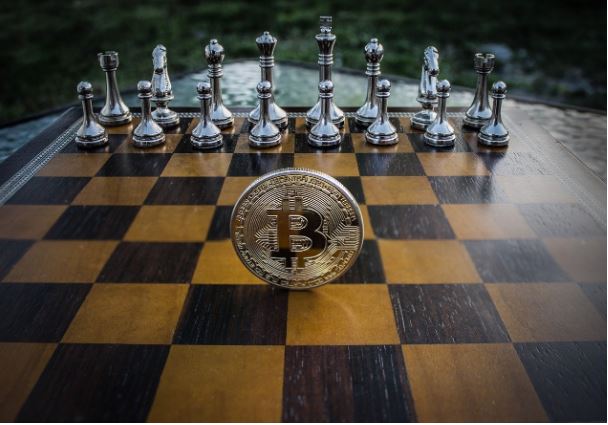 The price of bitcoin (BTC) came close to the $10,000 mark earlier this week but started dropping after blockchain data revealed an early BTC miner moved the rewards it received from a block mined back in 2009. The cryptocurrency has since dropped to $8,780.

Ether (ETH), the second-largest cryptocurrency by market capitalization, started the week at about $211 but quickly dropped to $192 when the Bitcoin from 2009 was moved. It has since recovered and is at press time trading at $203.

The price of bitcoin is believed to have dropped after the coins mined in 2009 moved, as some associated it with an address belonging to the cryptocurrency’s pseudonymous creator Satoshi Nakamoto. Nakamoto disappeared in 2010 and is believed to have mined between 600,000 and one million BTC. If they decided to sell their coins on the market, the price of the cryptocurrency would crash.

The cryptocurrency’s underlying blockchain technology has stood out this week not just because of its transparency with respect to early movements, but also because those behind the 2016 hack of cryptocurrency exchange Bitfinex were caught moving their funds.

The large transaction monitor Whale Alert flagged two transactions showing the hackers moved close to $300,000 worth of Bitcoin to unknown wallets. It’s believed they were looking for ways to launder the funds, although two Israeli brothers associated with the security breach have already been arrested. Bitfinex itself, it’s worth noting, has offered the hackers a way out by letting them keep a percentage of the funds, if they returned most of what they stole.

Blockchain analysis firm Chainalysis also used the transparency inherent to Bitcoin’s blockchain to fact check several news reports suggesting terrorism financing was rather effective using cryptocurrencies. Specifically, Chainalysis fact-checked reports claiming ISIS had a $300 million “war chest” in BTC, by pointing out that there was no evidence to suggest it had that much cryptocurrency.

In a blog post, Chainalysis pointed out that while terrorist organizations do raise funds via cryptocurrencies, most of their campaigns have failed to raise more than $10,000. If ISIS were to funnel oil proceeds into BTC, the post noted, trading volumes on local exchanges and money service businesses would reflect it.

Bitcoin’s adoption, despite the less-than-favorable market, has been growing. Following the block reward reduction, the cryptocurrency’s mempool, representing all of the unconfirmed transactions initiated on its network, grew to its largest size in two years.

The mempool also grew because of reduced mining activity. Since the block rewards halved, some miners were forced to shut down their operations because they would no longer be profitable. The average transaction fees on the cryptocurrency’s network jumped to $6.6 because of the growing number of unconfirmed transactions.

Cryptocurrency adoption seems set to grow further in the near future as Samsung looks to embed the blockchain-powered Theta.tv streaming service in its Samsung Daily interface, which comes pre-installed on all new Samsung S20 smartphones in the United States.

The update will also be applied to the Galaxy S10, S9, Note 10, and Note 9 smartphones, reaching a total of 75 million users worldwide. Samsung has a known cryptocurrency supporter, even launching its own blockchain wallet.

This week the cryptocurrency space commemorated the so-called Bitcoin pizza day, which marks the first known commercial transaction made with BTC. In 2010 Laszlo Hanyecz asked on the Bitcointalk forum for someone to order “a couple of pizzas” to his home, in exchange for 10,000 bitcoins. Four days later, on May 22, he announced the deal was complete and shared pictures of the pizzas.

At today’s rates, those pizzas would have cost $87.2 million. The 10,000 bitcoins were partly moved to one of the largest Bitcoin wallets, which is currently dormant, and to a now-defunct exchange, BTC-e.