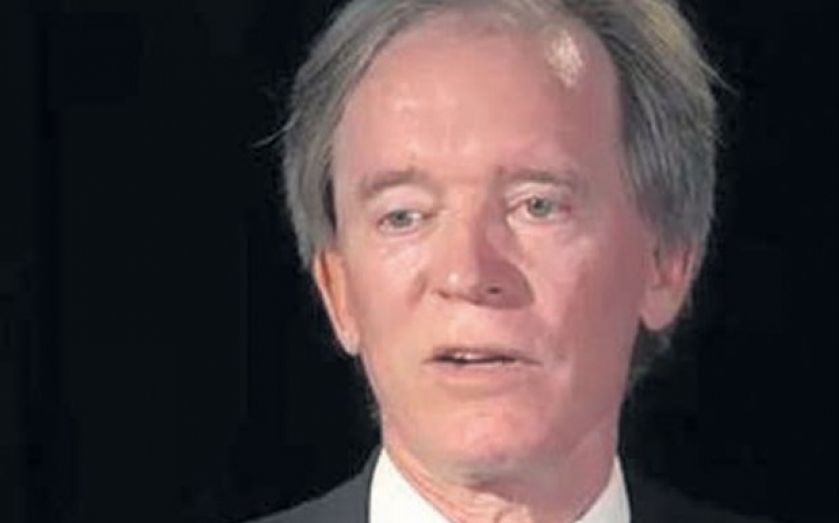 After 43 years at the firm which manages trillions of dollars of assets, he knows a thing or two about investments.

Here are some of Gross’ best quotes from creating the buzzword “new normal” (but not trademarking it) to human nature.

Repeat after me. Bill Gross is the kindest, bravest, warmest most wonderful human being you’ve met in your life

Whenever I read the newspaper I say to myself, ‘At least my wife loves me'.

On the “new normal”

We are heading into what we call the New Normal, which is a period of time in which economies grow very slowly as opposed to growing like weeds, the way children do; in which profits are relatively static; in which the government plays a significant role in terms of deficits and re-regulation and control of the economy; in which the consumer stops shopping until he drops and begins, as they do in Japan (to be a little ghoulish), starts saving to the grave.

On the “new neutral”

We see the world’s economies likely converging to modest trend growth rates over the next few years. This new neutral reflects global aggregate demand that is still insufficient to absorb bountiful aggregate supply, five years after the financial crisis and despite extraordinary monetary policies.

In an unstable global economy that is increasingly difficult to stabilise, an investor should seek out the most stable of assets. At the extreme, that would be cash in the world’s most stable currency.

The market can move for irrational reasons, and you have to be prepared for that, … you need to make big bets when the odds are in your favor — not big enough to ruin you, but big enough to make a difference.

On the Fed's QE programme

The Fed will have to taper, cease and then desist someday. They can’t just keep adding one trillion dollars to their balance sheet every year without something negative happening.

Human nature means that institutions at some point lose their sense of mission. That sense of vulnerability drives Pimco.