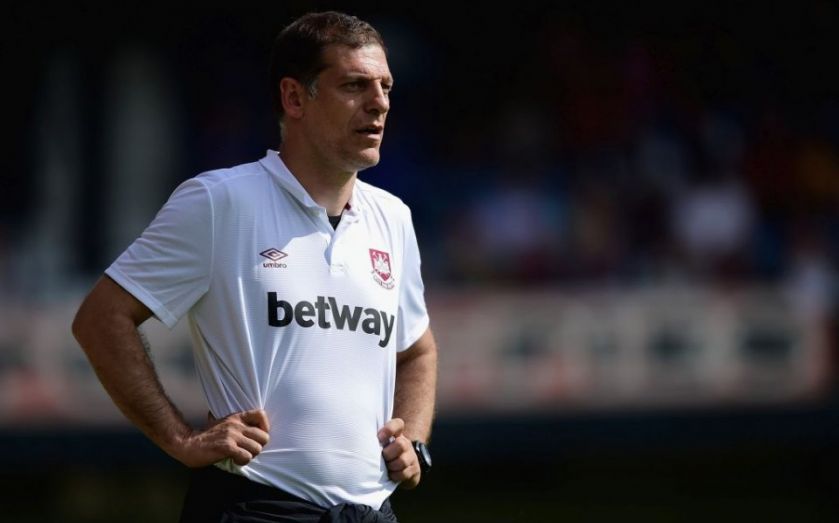 West Ham boss Slaven Bilic admitted that his side have made Europa League progress unnecessarily difficult for themselves after only securing a narrow first-leg lead against Maltese minnows Birkirkara.
Read more: Bilic fears long Euro expedition may damage West Ham season
The Hammers head into tonight’s Europa League second qualifying round second leg against Malta’s cup winners with a 1-0 aggregate lead, following a last-gasp winner from defender James Tomkins at Upton Park last week.
But despite that setback, Bilic, who has named a strong squad for the clash, believes a solitary away goal should be enough to seal progress. Victory would mean West Ham have a further two rounds to navigate in order to reach the competition’s group stages.
“The score was not ideal. We were hoping to have one more goal but I wouldn’t dream it was going to be an easy game,” said BIlic.
“We should have scored earlier, but in the end we had a positive result and it should be enough if we score.”
West Ham, meanwhile, made their seventh signing of the close season yesterday by agreeing a deal for Argentine midfielder Manuel Lanzini on a season-long loan from United Arab Emirates club Al Jazira.
Share