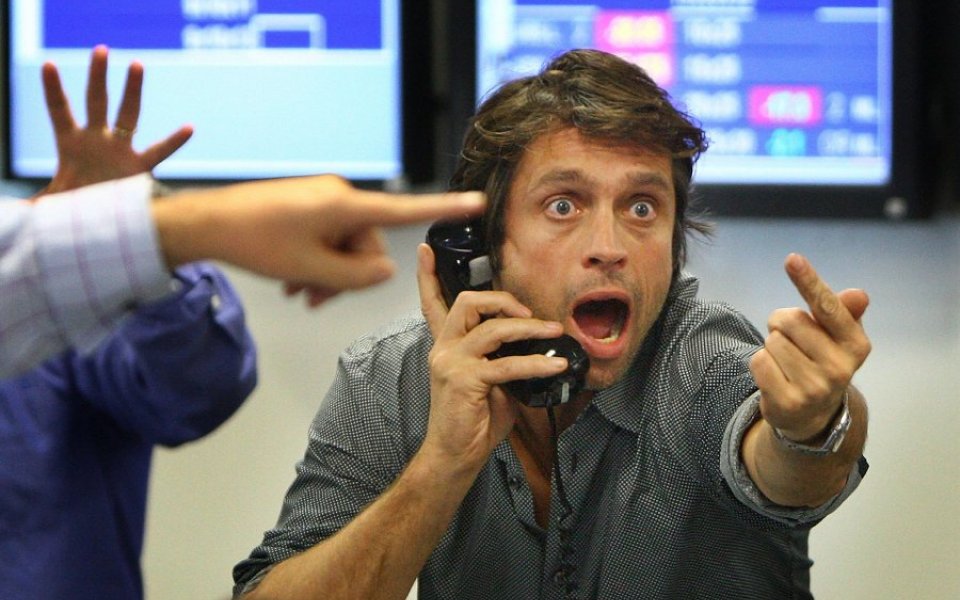 What do we mean by “risk”? For some, it is the absence of certainty. Others associate it with danger. Whatever your view, it is an inevitable part of investing.

Since the start of the year, investors have been dumping equities, and to some extent the rout has been self-perpetuating. As share values fall, we tend to question our own judgement, and sacrifice our long-term strategy for short-term relief. These temptations are human, but our biases can be destructive. “I’ll get shot by economists for saying this,” says David Scott, senior and founding partner at Vestra Wealth. “But if there are two credible economists arguing opposing views, why should the average person spend any time worrying about it?”

He talks to City A.M. Money about investor behaviour and biases, and why medium risk is meaningless as a general term.

How have attitudes to risk changed since the financial crisis?

I think people have become more comfortable with it. The financial crash was a cataclysmic event. But there was the expectation that the world would fall apart, and it didn’t. The same thing happened with the Greek crisis. People tend to assume that the government or the central bank will intervene, but they know there’s going to be much more volatility now, and it’s going to be a hairier ride.

Unless you need to cash out tomorrow, the volatility we’re seeing is more of a perceived risk than an actual one. The problem is that people tend to think in the short term when there are excess movements in the market. They worry that they shouldn’t invest in equities because they’ll move up and down. But over a 30-40 year period, the reality is very different.

What are the most common investor biases?

One camp sees herd mentality as a real problem. When markets are dropping, people think they need to sell, and there’s so much information around – people get caught up. The other side thinks that investors are getting better at coping with all the noise. Investor attitude often depends on your financial position. The Chinese have been doing a lot of trading in options, which is obviously scarier than buying stocks with the intention of holding them for a long period.

Biases can arise from information overload. Take pensions. We had pension simplification a decade ago, and yet there’s 900 pages of legislation on them. As the rules have been tinkered with, people have become concerned that, if they go into a certain scheme, there will be changes down the line and they may not see the benefits they expect. Little has been done to provide assurance that, if you save money into a pension on a regular basis, everything will be fine.

People have to think about their investments more than they did. In the old days, they didn’t need to think about their investments so much because they knew there was going to be a huge bed-rock. Broadly, they had their final salary pension scheme, some money in the building society and some with their stockbroker. Now, this whole thing is in one big pot, it just happens to be in an Isa, personal pension or directly held investment portfolio.

Apart from enlisting a financial adviser, what else would you recommend to someone with considerable exposure to equities?

For some people, the big fear is that inflation will erode their savings. Others worry that they won’t have saved enough. Ultimately, people need to understand what “risk” means to them. It would have been a higher risk decision to put your entire Isa allowance into a tech fund just before the dotcom crash in 2000. But if that accounted for just £7,000 of total savings worth £500,000, it would have been seen as less risky.

The key is not to lose sight of your long-term objectives, and to have some structure to your saving. Being in the habit of putting money aside regularly is better than doing bits and pieces now and again. If access or flexibility is important, you use one vehicle and not another. By focusing on the long term and having a sense of where you want to end up, you can take comfort and worry less about the short-term.

A study by Victor Ricciardi found that 70 per cent of people associate the word “worry” with stocks. But with bonds, that figure falls to just 10 per cent. Are views of these asset classes grossly oversimplified?

Bond movements have been quite volatile over the last year or so, but they don’t get reported accordingly. With equities, there is an assumption that wealth can be created instantaneously. The tech bubble burst and put paid to that. But there is generally a greater level of trust in the government or the big corporates issuing bonds. People think they’re very secure, and don’t realise that’s only the case if you buy at issuance and sell at maturity. If gilts started to deliver capital losses, people would really get spooked.

The simple view that a low-risk investor should be 70 per cent in gilts is actually incredibly high risk. You’re getting very little coupon, and you’ll lose capital when interest rates go back up. So a lot of education is needed around bonds.

What would you say to Nassim Taleb’s argument that a medium risk portfolio is less advisible than a base load of low risk with a few high risk investments?

I broadly agree with that. Most people want some sort of stability, and once they know they’ve got it, it’s human nature to want a little excitement. That’s why we gamble or play the lottery. “Medium risk” is one of the most meaningless terms in the investment vocabulary. I defy anyone to attach a meaning to it.

A 2001 paper called “Boys Will Be Boys” found that men are not only more overconfident than women about their trading abilities, but they trade more often, are more likely to sell at the wrong time and incur higher trading costs. Would you support that view?

Women are generally more sanguine and thoughtful about their investments. They’re probably less likely to go for the one that will double in value overnight, but also less likely to mess with them later. If the stock market crashes, they’ll phone you up, but they’ll ask: “Will I still get where I want to go?” and not “Have I just lost 20 per cent?” It comes back to the whole philosophy of investment. Women tend to think about their wealth in the long term, in the context of how wealth can help you to buy a house, put your kids through education and retire comfortably, and worry less about the fluctuations along the way.