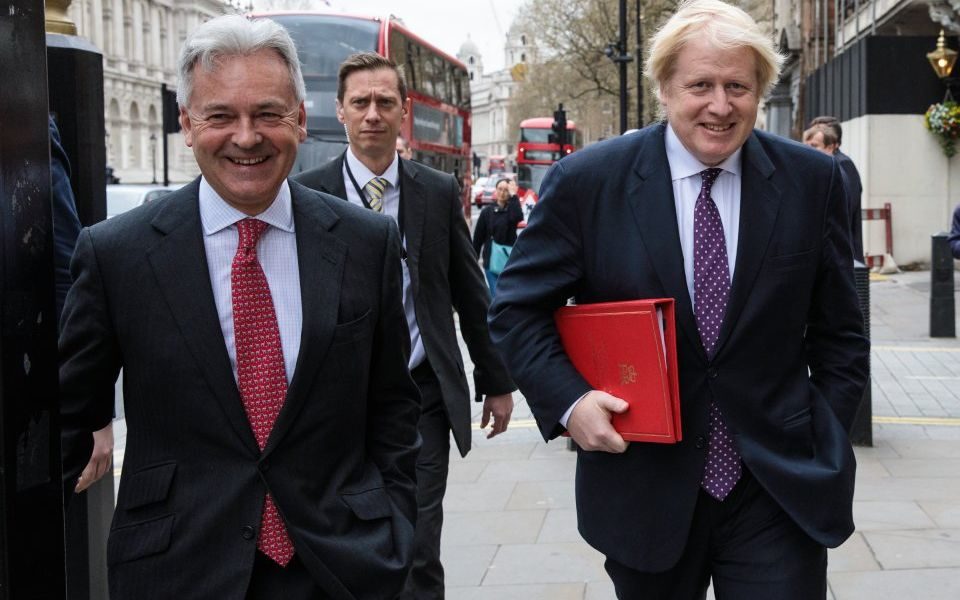 Pressure is building on Theresa May to bring her Cabinet together and sign off the UK's position on Brexit after divisions were laid bare again yesterday.

Yesterday three ministers publicly slapped down Jacob Rees-Mogg for threatening to rebel if May did not stick to her existing positions of leaving the Single Market and customs union as well as being outside the jurisdiction of the ECJ.

Business minister Richard Harrington and two foreign office ministers – Sir Alan Duncan and Alistair Burt – were among many Tory MPs telling Rees-Mogg to "pipe down" over his comments.

However foreign secretary Boris Johnson then stood by his fellow Brexiter, tweeting: "It's vital that all MPs are able to air their views on Brexit. Whatever your position, I hope we can all agree that Jacob Rees-Mogg is a principled and dedicated MP who wants the best for our country."

The latest split came as reports suggested Cabinet ministers were being told the EU was refusing to back down on its position over the future relationship.

According to The Times, May's chief Brexit adviser Olly Robbins gave a high level briefing suggesting the only routes would be the so-called "Norway-option" – being a member of the EEA, through which the UK would be a member of the Single Market and subject to the EU's rules – or a bog-standard free trade deal, which would be unlikely to include any arrangement for services.

However Downing Street's spokesman told City A.M. there was no change to the government's position on the Single Market and customs union.

The divide comes as British Chambers of Commerce claims government has made progress on just two of 23 "real world" issues where clarity is "urgently needed so that firms can plan their trade" after Brexit. To date, just citizens' rights and the industrial standards regime have received "some" assurances, but others – such as customs procedures, VAT, rules of origin and staff mobility – have not.

Director general Adam Marshall said: "Over the past two years, businesses have been patient… Now, with the time running out ahead of the UK’s exit from the EU, business patience is reaching breaking point.

“Businesses have every right to speak out when it is abundantly clear that the practical questions affecting the competitiveness of their firms and the livelihoods of millions of people remain unanswered. With less than nine months go to until Brexit day, we are little closer to the answers businesses need than we were the day after the referendum."

Marshall also reiterated his plea for MPs to stop in-fighting, saying: “It’s time for politicians to stop the squabbling and the Westminster point-scoring – and start putting the national economic interest first."

Meanwhile the City of London Corporation's policy chief Catherine McGuinness is travelling to Dublin under her own steam in order to discuss a future deal with the EU.

McGuinness is expected to push for the bloc to include services as well as goods and reiterate the sector’s proposals of mutual regulatory recognition, making clear why equivalence in its current form is not sufficient.

She will meet with the financial services minister Michael D’Arcy, and the chair of the Brexit Committee, senator Neale Richmond, among others.

McGuinness said it was "unthinkable" that a deal could exclude services, as fears grow that there is no longer time to strike a comprehensive enough agreement to protect the sector.

“With less than nine months from departure date, this visit comes at a pivotal time for the UK’s financial and related professional services sector," she said.

“The close ties between Dublin and London, the world’s leading global financial hub, have helped us both prosper. The City wants to ensure that this relationship remains strong, and that no unnecessary trade barriers are introduced following Brexit.”

A government spokesperson stressed ministers were continuing to "work closely with business to understand their concerns and by successfully negotiating the implementation period with the EU until December 2020, companies can carry on trading with confidence on the same terms as they do now".

She added: "We’re confident of getting a good deal with the EU to ensure trade remains as free and frictionless as possible… We have put forward workable proposals to the EU on a range of areas from the backstop to security and the white paper, which will be published shortly, will continue to drive this process forward.”