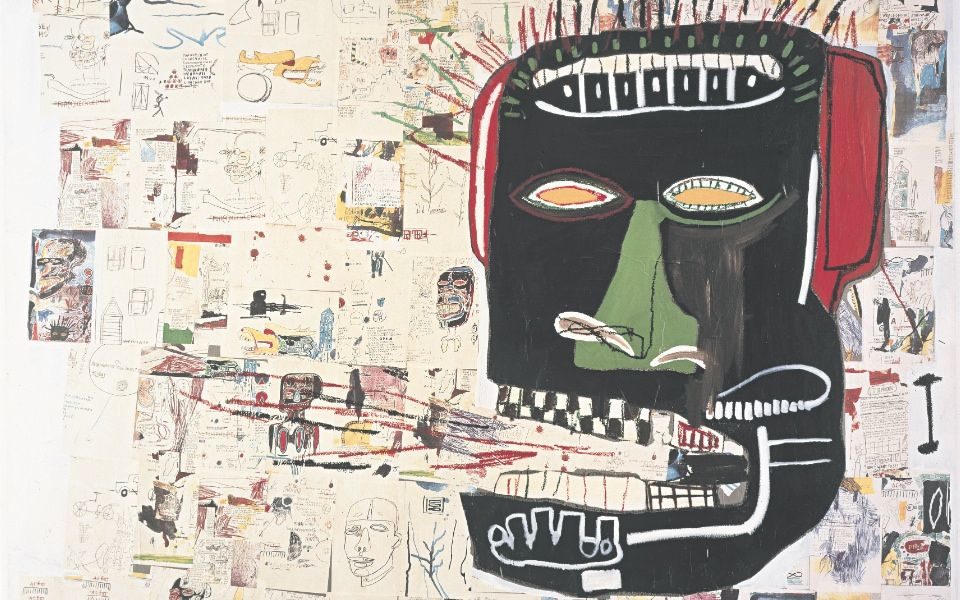 His works fetch more at auction than those of any other American painter – one sold this year for £85m – but Jean-Michel Basquiat remains an outsider in the world of contemporary art, written off by many as little more than a precocious street artist with connections.

And, in this country at least, you could be forgiving for believing that was true. Most people with a passing interest in art could identify his more famous works, large-scale collages daubed with skulls and slogans, but few have seen them up close: he’s never had a retrospective here and not a single one of his pieces are held in a public collection. And you really have to see these pieces to understand their power.

With his life cut short by a heroin overdose aged just 27, Basquiat’s career is like a condensed history of 1980s New York. Then, the city was bankrupt and burning, entire blocks lying empty; the perfect environment for a young graffiti artist. But even as a teenager with a can of paint, Basquiat was different – he would scrawl cryptic messages, haiku-like statements across town, attracting the kind of publicity that Banksy would go on to emulate (Banksy has produced an artwork at the Barbican to coincide with this exhibition).

The show begins with Basquiat’s early pieces, spray-painted murals on sheets of metal and pithy postcards he would sell for a dollar each outside the MOMA until he was chased away by the guards. The grime and excitement of the era seeps through in every violent slash of paint.

His evolution from promising hustler to darling of the art world, however, is nothing short of astonishing. He fitted a lifetime of evolution into his 27 years, developing a distinctive visual style, becoming politically engaged, forming a lasting friendship with Andy Warhol, which led to numerous collaborative projects. One piece here sees Basquiat paint over a Warhol print of the Arm & Hammer logo, although that looks pedestrian beside Basquiat’s wonderful paintings of the two artists together.

The most impressive works, though, are in the large space downstairs, where the paintings that made Basquiat a post-mortem superstar are given the space they demand, accompanied by the music that inspired them.

These large-scale pieces are filled with symbols and glyphs, codes to be deciphered: recurring motifs – crowns, copyright signs, globes – appear beside gear cranks, hieroglyphics and repeated words: “pyrite”, “vitaphone”, “teeth”. They invite you to lean in, study the details, take your time. For all the colour and noise, it’s remarkably subtle.

There are frequent references to race: one piece combines images of human anatomy with drawings of monkeys; the words “sugar” and “tobacco” appear in many paintings, trades that were once carried on the backs of slaves. The dark messages are often masked by the vivid colours, which recall traditional African art.

There is so much to take in here, so much to enjoy. If you aren’t convinced of Basquiat’s prodigious talent, you must see this exhibition: it will change your mind.