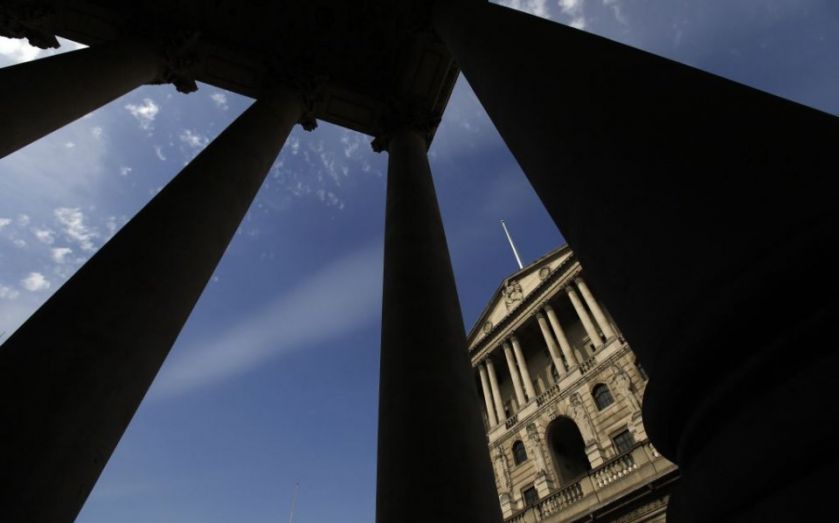 Britain's biggest banks have to prove they could withstand a global economic crunch, under a stress test unveiled by the Bank of England yesterday.

The fictional scenario is based on real fears that a slowdown in China and renewed recession in Europe could hit the UK economy and its banks.
The six biggest banks plus the Nationwide building society have to show the regulators that they can survive this strain with its capital buffers intact – they must still stay above a minimum of 4.5 per cent, and still meet the three per cent leverage ratio.
Last year’s stress test focused on the UK housing market, and put pressure on RBS, Lloyds and the Co-op Bank.
By contrast, this year’s test focuses on the rest of the world. That means Bar­clays, HSBC and Standard Chartered are in the firing line.
Investment banks face more strain, as they have to study how they will res­pond if markets freeze up, as well as the strength of their counterparties.
However, analysts believe the banks should pass the tests by a decent margin, as they have bolstered buffers.
“Based on the revised stresses to trading book positions and to South Africa, as well as the ‘new’ leverage ratio constraint, we view Barclays as most at risk of disappointing in these tests,” said Citi’s Andrew Coombs. “Nonetheless all listed banks, including Barclays, are still likely to “pass” in our view.”
Barclays, HSBC and Standard Chart­ered all saw their share prices rise yesterday. The scenario includes a sharp slowdown in China, with growth slowing from almost seven per cent per year to below two per cent.
And the Eurozone crisis would be back on under the stressed situation. Instead of gradually recovering, the economies would suffer a long, slow recession and even by the end of the projection at the end of 2019, GDP would not be back at current levels.
The strains would push the Bank of England to cut interest rates to zero – itself adding stress to banks as their net interest margins would be squeezed.
British GDP would fall by 3.3 per cent by mid-2016, before recovering. Un­em­ployment would rise to 9.2 per cent, house prices would fall 20 per cent and equities by 35 per cent, while prices would fall for almost two years.

THE US IN THIS FICTIONAL CRASH

■ GDP barely falls at all, ending the five year scenario up 10.2%
■ Unemployment creeps up to 7.7%, then back down to 5.6%
■ Share prices fall 11.6% then recover rapidly
■ House prices fall 11%
■ Unlike in the financial crisis, the US is not the epicentre of this fictional crunch, and comes through relatively strongly.
■ Although house prices remain subdued, the Bank of England’s scenario has the US growing healthily overall, which is good for the UK.

■ GDP falls 2.7% by late 2017
■ No overall GDP growth from 2007 to 2019
■ Deflation sets in for more than three years
■ Unemployment jumps to 14.5%
■ House prices down 19%
■ Interest rates cut to zero
■ The hypothetical crisis is tough on the Eurozone – as investors look for safe assets, they flee peripheral governments’ bonds. The Eurozone has the slowest recovery of the main economies covered by the stress test.

CHINA SLAMS ON THE BRAKES

■ GDP growth slows down to as little as 1.7% in late 2015
■ Over 10 years GDP would be 10% lower than actual forecasts
currently show
■ House prices crash 35%
■ Nominal wage growth slows to 2.4%
■ Hong Kong’s GDP dives six per cent in late 2015
■ Hong Kong house prices plummet 40%
■ China is the focus of the crash, as its debt-laden boom turns into a bust. The economy does not shrink in any year, but the pace of growth slows to a crawl. This is serious for British banks with exposures in Asia, as well as a blow to the world and UK economies, as demand slumps.