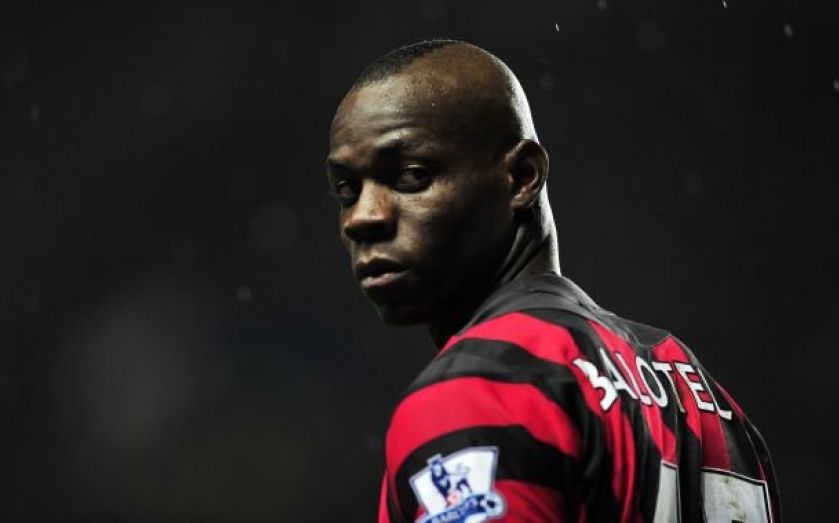 Superstar, goalscorer and mischief maker Mario Balotelli is on the verge of joining Liverpool from A.C. Milan and returning to the Premier League after a 20-month absence.
A fee of £16m has been reported for the transfer, which would take Liverpool’s total transfer spend this summer to over £130m* – a new record for the Reds.
Balotelli would become Brendan Rodgers’ ninth first-team signing of this transfer window, should the deal go through. And at £16m, the striker would cost less than Liverpool have already paid for Adam Lallana, Dejan Lovren and Lazar Markovic.
However, Balotelli doesn’t just bring goals with him. Controversy, fallings-out and tabloid tales all seem to follow the Italian wherever he goes.
Balotelli is still just 24-years-old, yet a move to Merseyside would mark the fourth transfer of his career. And with the exception of a switch from Italian third division side Lumezzane to Internazionale at the age of 15, it would also be the smallest transfer fee he’s ever been traded for.
With each transfer, Balotelli’s apparent value has diminished. In contrast, Liverpool's outgoing striker Luis Suarez, has commanded a bigger fee with each move made, most recently earning his former club £70m by joining Barcelona.
Yet while Balotelli may not have ever reached the same heights or consistency as last year's PFA player of the year Suarez, he has shown glimpses of his undoubted ability. In his first season at A.C. Milan, the striker hit an average of 0.7 goals per game, a goalscoring ratio Suarez has only twice bettered in his career – at Ajax in the 2009/2010 season and at Liverpool last season.
While Balotelli may carry a bad-boy image, his behaviour on the pitch is positively saintly in comparison to Suarez's various misdemeanours. Over the last four seasons, the Italian missed 12 games through suspension, whereas the Uruguayan missed 25 and has a further 13 to serve for his bite on Georgio Chiellini at this year's World Cup.
Perhaps the most important question of Liverpool's season will not be whether or not the Balotelli signing proves to be a good deal, but whether Liverpool's "bulk buy" response to losing the talismanic replacement of Suarez has been adequate.
Even with Suarez's supersized pricetag, Liverpool have already built up the largest net spend in its history – £39.9m. The £75.7m earned through player sales has been offset by the £115.6m spent – with the Balotelli fee still to be added.
The success of Liverpool's policy of buying in bulk to replace a world class talent remains to be seen, but there is reason for fans to be optimistic about the fortunes of "Super Mario": Rodgers has already turned once-floundering talents such as Coutinho and Daniel Sturridge into consistent Premier League performers.
Balotelli may bring baggage, but for all the antics and despite all the sulks, his talent is obvious. His career already has enough examples of seized opportunities for us to be sure of that. In the biggest games Balotelli has a habit of leaving a defining mark.
For example, there was a cooly slotted opener in front of the Old Trafford’s Stretford End in a Manchester derby, a stunning brace in the Euro 2012 semi-final for Italy against Germany.
Yet arguably even more impressive than both of those moments was the unheralded, but ultimately crucial pass to Sergio Aguero which set up Manchester City’s last-minute, title-winning goal in May 2012.
If the Italian can provide the Anfield faithful with a similar moment this season, he’ll have been worth every penny.
*All transfer data from transfermarkt.co.uk