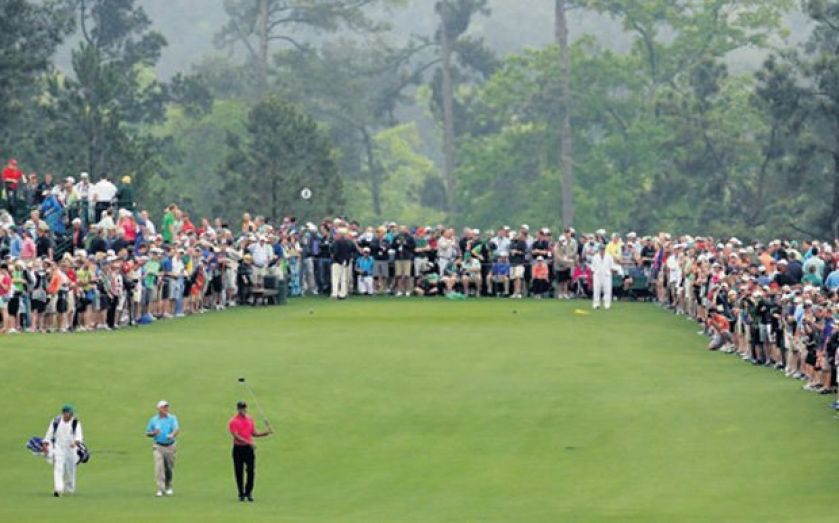 THE WORLD’S greatest golf tournament hits our screens again this week and with it the game’s greatest ever player, returning to his favourite course after missing last year’s event with a back injury.

In his pomp Tiger Woods was simply majestic around Augusta, winning four times and finishing inside the top six on eight other occasions.

But all is far from well with his game at the moment. The fact that he is a best-priced 50/1 with Betway, who are refunding bets up to £25 if your player misses the cut, is a sad indictment of his current form.

The infamous golfing yips have been cured before, and a return to this beautiful yet testing course may do the trick. But I’m not prepared to risk anything on him at the moment.

Rory McIlroy had a brilliant 2014 and he has said all along that his main target this year is the Masters. Victory here would make him only the sixth player to complete a career Grand Slam.

The world No1 will be delighted to see that rain is forecast this week, as anything which slows down Augusta’s fairways and greens will help his game.

McIlroy managed his best ever finish of eighth at this event 12 months ago. But, in general, he has struggled at this course, most notably during a catastrophic final round 80 when holding a four-shot lead in 2011.

It is undeniable that he has the game to win a Green Jacket, yet until he banishes the memory of that dark day I’m not willing to back him at 6/1.

Next in the betting is Jordan Spieth at 9/1 with Betway. Second on his Masters debut last year and in great form of late, this super-confident 21-year-old is very difficult to ignore.

Since the turn of the year he has finished in the top seven in six of his eight competitions, winning three starts back in the Valspar Championship before a second in his native Texas, and last week’s play-off second in Houston.

Despite him being a Masters champion in waiting, however, he is reluctantly passed over on this occasion as I can’t bring myself to take single-figure prices in such a competitive heat.

Instead, my first selection is BRANDT SNEDEKER at 40/1 with Betway, who has played well at Augusta in the past and seems to be over last year’s woes.

He’s been working on his swing with coach Butch Harmon, resulting in five top 20’s in 2015, including a win in the Pebble Beach Pro-Am.

He has only missed the cut once in seven visits to Augusta and finished sixth two years ago and third in 2009. As long as he concentrates for all four rounds I can see him going very close.

My headline selection last year was JASON DAY and I can’t leave him out of my staking plan­­­ this time either. He adores Augusta and in four visits has finished second and third. Betway’s 14/1 looks good value.

The Australian had injury problems in the run-up to the tournament 12 months ago, but he still managed to finish 20th and has looked back to his old self so far this year.

A win in the Farmers Insurance Open was followed by a fourth at Pebble Beach. He has never played well in Florida so his most recent 17th at the Arnold Palmer Invitational wasn’t a bad effort at all.

South Africa has produced the winner in two of the last seven Masters and has solid claims of another success in LOUIS OOSTHUIZEN.

The 32-year-old has missed the cut here four times. But he was second to Bubba Watson in a play-off in 2012 and finished a respectable 25th last year.

He has a couple of solid top 10’s to his name this season and the 50/1 with Betway, who are paying six places, looks a fair each-way price.

Finally, RICKIE FOWLER ­looks a knocking each-way bet at 33/1 despite having yet to win a Major.

Given that his fifth place here last year was his worst result in one of the big ones, however, it can’t be long before he breaks his duck.