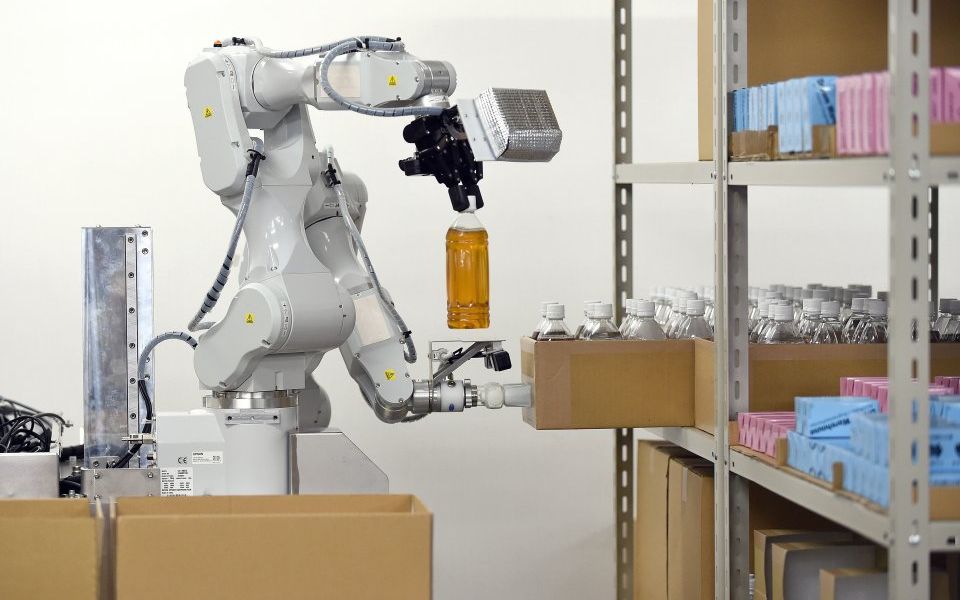 Last year, the government’s Made Smarter Review set out how digital technologies can transform UK manufacturing by 2030.

I know that UK manufacturers can rise to the challenge because I have seen them do it again and again, up and down the country.

Read more: Get ready for the robot revolution – and fast

In north Wales, Toyota produces a new engine every 57 seconds. In Hull, Siemens is building wind turbine blades as long as six double-decker buses. In Stevenage, Airbus Space and Defence helped build a spacecraft, which travelled nearly four billion miles to land a probe on a comet.

The Made Smarter Review is building on successes like these. Its vision is both clear and compelling. The review found that adopting industrial digital technologies could add more than £450bn to UK manufacturing over the next decade, with a net gain of 175,000 jobs across the economy.

The world we live in is already changing. Every day around five million devices link up with each other, with the internet, or both. By 2020, the number of data-communicating objects worldwide will have skyrocketed to around 20bn.

Other countries are already waking up to the potential these new technologies can bring – from Industrie 4.0 in Germany to Made in China 2025. Yet make no mistake, in many of these areas, the UK is starting from a position of strength.

Britain is already supporting the strongest AI and machine learning market in Europe.

Ocado, for example, is developing a new robot that can recognise every one of the 50,000 items on its website, using AI to work out the best way to grab each product with its suction arm. Rolls Royce is another pioneer in additive manufacturing, using this advanced technology to print 3D parts, cutting production lead times and improving products. Similarly, Airbus uses virtual reality to improve quality and speed of assembly.

Through the government’s modern industrial strategy, we are already supporting technologies like these. In February, I asked Sir Mark Walport, chief executive of UK Research and Innovation, to work with industry to develop a Digital Manufacturing Industrial Strategy Challenge Fund.

And today, I’m delighted that the chief executive of Siemens UK, Juergen Maier, and I will chair the first meeting of the Made Smarter Commission.

While this Commission is only the start, it is a real statement of intent. It will bring together manufacturers like GSK, Airbus, Nestle, BAE Systems, Rolls-Royce, and Jaguar Land Rover, as well as a range of SMEs, the CBI, and the TUC.

The meeting will feature manufacturers from Durham to Derby, as well as Wales, Scotland, and Northern Ireland. And women like Hayaatun Sillem, the first female chief executive of the Royal Academy of Engineering, who are attending should also help inspire more women to enter manufacturing.

Together, we will drive forward the adoption of new technologies and take Britain into the next industrial age.

New digital technology is a massive opportunity for all Britain’s manufacturers. Through today’s Made Smarter Commission, I truly believe that we can build on this proud heritage as a nation of makers, innovators, and inventors.

Making the UK a place which embraces new technologies which will benefit our industry, economy, and people up and down our country.