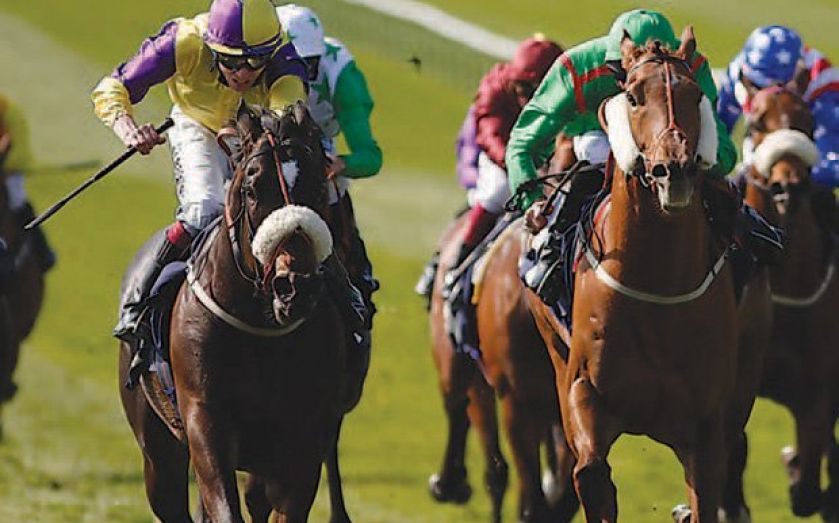 There is an ‘Ashes’ feel to tomorrow’s Darley July Cup (3.45pm) as England and Australia go head-to-head for the six furlong Group One prize.
Read more: Back Amazing Maria at Falmouth Stakes
Charlie Hills’ Muhaarar, a devastatingly impressive winner of the Commonwealth Cup at last month’s Royal meeting, heads the home contingent and is 9/4 joint favourite with Betway.
He shares that position at the head of the market with Aussie-raider Brazen Beau, who is looking to gain compensation for his narrow Ascot defeat.
Plenty blamed jockey Craig Williams for that reversal in the Diamond Jubilee Stakes. The truth of the matter, however, is that the pair were beaten by the draw more than any tactical misjudgement.
It’s more likely than not that Muhaarar and Brazen Beau will fight out the finish tomorrow afternoon. But I’m tempted by a small each-way play on Kevin Ryan’s ASTAIRE at 25/1.
He wasn’t beaten far when third in the Diamond Jubilee and was one of the last off the bridle that day. He also has some very solid form at Newmarket.
At an even bigger price, I certainly wouldn’t be surprised to see Jack Dexter hit the frame at 33/1. He looks a different horse this campaign and is another who can go well in a wide-open contest.
There really is an embarrassment of riches this weekend and I’m keen on a couple at Ascot tomorrow too.
In the opening five furlong handicap (2.10pm) DISCUSSIONTOFOLLOW is strongly fancied to win the race for the second year running.
Mike Murphy’s five-year-old has run twice over the minimum trip in the past two seasons, winning this contest and finishing a decent second in the Rockingham at the Curragh last month.
He did extremely well to win 12 months ago, having been drawn in stall one and then switching round the field to come up the stands side. His draw in 16 is perfect this time and he should go very close.
AROD did this column a big favour on Investec Oaks day, winning the Diomed in impressive fashion.
Tomorrow’s Summer Mile (2.45pm) looks perfect for him and he is taken to get the better of the likes of Toormore and Cable Bay, who would both prefer more cut in the ground.
Up at York, the highlight is the John Smith’s Cup (3.25pm) which was won by Farraaj last year.
This is always hugely competitive and I’m struggling to split Luca Cumani’s two runners MOUNT LOGAN and AJMAN BRIDGE. The advice is to split stakes on the pair, therefore.
Mount Logan ran an excellent race behind Mahsoob in the Wolferton, only beaten a length in fourth. He remains well-handicapped and is worth backing at 7/1 with Betway.
His stablemate Ajman Bridge also ran a cracker at Royal Ascot, finishing second to Arab Dawn in the Duke Of Edinburgh. He is a model of consistency and should reward each-way backers at around 12/1.