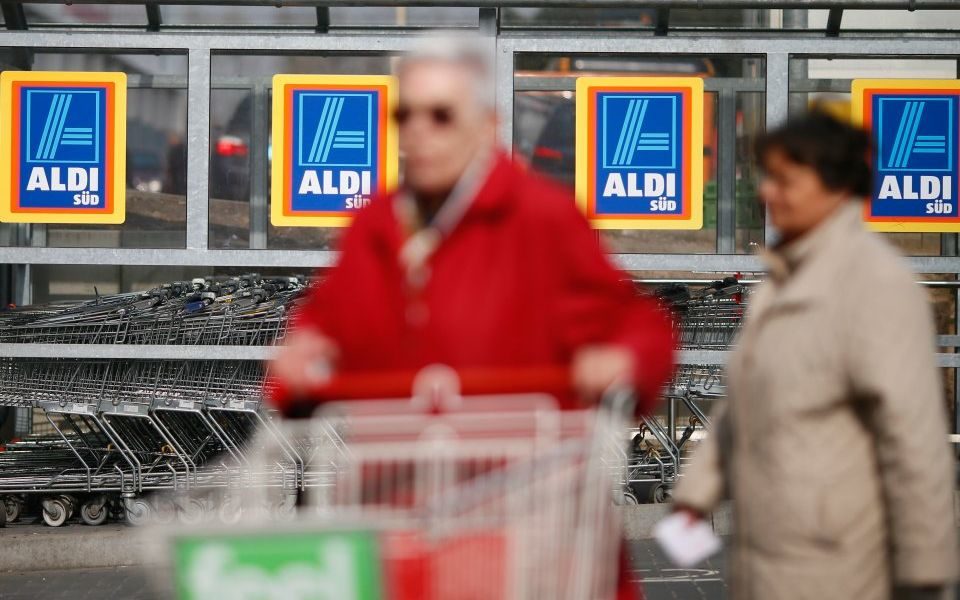 Britain’s store wars are intensifying by the day but the force is still strong with German discounters Aldi and Lidl.

The price-cutters continued to steal market share from the Big Four supermarkets in the 12 weeks to 7 October, figures from the closely-watched Kantar Worldpanel report showed yesterday.

Aldi’s sales growth, its fastest since January last year, boosted its market share by 0.8 percentage points to 7.6 per cent compared with the same quarter last year, while Lidl's share rose slightly to 5.6 per cent. However, the UK’s biggest supermarket, Tesco, saw its market share fall 0.6 percentage points to 27.4 per cent while Sainsbury's was down 0.4 points compared with the three months last year at 15.4 per cent.

A jubilant Giles Hurley, Aldi’s chief executive, claimed that the rising number of customers has “cemented our position as the UK’s fastest growing supermarket”.

“Savvy shoppers are switching to Aldi because they know other supermarkets can’t match our unique combination of quality products at the lowest possible prices,” Hurley added.

But the Competition and Market Authority (CMA) dampened Aldi’s Hurley-burly yesterday with the announcement that the market share of discounters would be included in its investigation into the £12bn mega-merger of Sainsbury’s and Asda.

The news no doubt drew some sighs of relief at the Sainsbury’s and Asda HQs after fears last month that the CMA will exclude these plucky rivals from its analysis.

In their own submission to the CMA, Sainsbury’s and Asda said that Aldi and Lidl “have had the most profound impact” on the grocery market over the past decade because all “UK grocers have had to adapt their strategies” in response to the onslaught of the discounters.

Read more: Store wars: Aldi is in no mood to be Jack’s of all trades

Analysts reckon inclusion of Aldi and Lidl as part of the CMA’s deliberations increases the chance of the deal going through and may limit the number of stores that the merged entity would have to shed.

If this proves true, Aldi and Lidl’s impressive ascent may well be challenged because a merged Asda and Sainsbury’s would fight hard to win back customers with cheaper prices. Add other retail tie-ups such as Tesco-Booker and Co-op-Nisa to the mix and the ongoing battle of the grocers becomes even more aggressive.

All eyes on 5 March 2019, when the CMA makes its final decision on the mega merger that will likely determine the ultimate winners of this epic supermarket sweep.