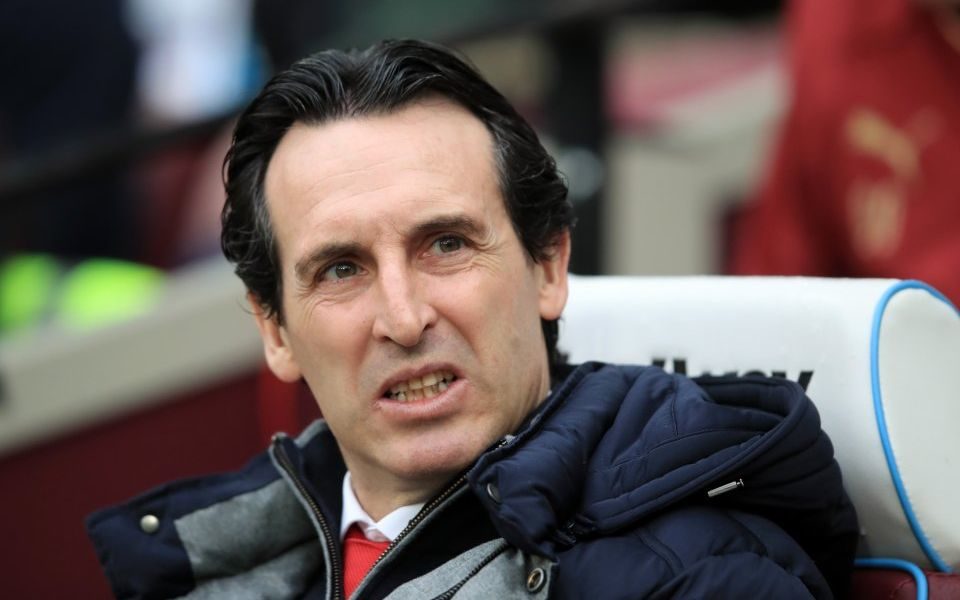 Nothing fortifies a manager’s decision-making like wins, and when you are on a long unbeaten run you can do much as you please. Change formations week to week? Sure. Leave it late to take the points? No problem; never in doubt. Freeze out the club’s top earner, indeed one of the best paid players in world football? As long as the wins keep flowing, it’s churlish to complain. You’re the boss.

Now that Arsenal’s sequence of 22 games without defeat has given way to altogether less convincing form, however, Unai Emery’s continued and largely unexplained omission of Mesut Ozil is becoming harder to justify. Saturday’s 1-0 defeat at West Ham means the north Londoners have taken just seven points from a possible 18 and dropped six behind Chelsea in the battle for fourth place in the Premier League. For Emery, the honeymoon period is over and the protection afforded by perceived improvement has been stripped away.

Before a 2-2 draw at Crystal Palace, Arsenal had averaged 2.33 points from their first nine league games. They average 1.54 points from the 13 league games since. Ozil’s non-selection is by no means the only reason that results have gone south since late October, though.

Defending has been disastrous, with displays as inept as anything in the late years of the Arsene Wenger era, as evidenced by a solitary clean sheet – at home to Huddersfield – in the last 15 league matches. Injuries robbed Emery of all of his back five at once and the deputies have proven far from able.

Hector Bellerin’s injury was particularly keenly felt. Much of Arsenal’s purposeful attacking play under Emery has come down the flanks, with the overlapping runs of Bellerin and Sead Kolasinac leading directly to seven goals. The shortage of bodies in defence moved Emery to deploy Granit Xhaka in defence; an ill-advised ploy for a number of reasons but not least because the Switzerland midfielder had finally begun to flourish alongside summer signing Lucas Torreira.

The jury remains out on Emery, who showed promise after a difficult start and, with recruitment at Emirates Stadium now a collective operation, has had little scope to shape the make-up of the squad since arriving in the close season. The team’s attacking dysfunction has begun to create murmurs of discontent, though, and the Basque has a case to answer.

After 32 fixtures, he is seemingly no nearer to understanding how to use £100m of goalscoring talent in Pierre-Emerick Aubameyang and Alexandre Lacazette in the same starting XI. Before he too became injured, Henrikh Mkhitaryan had looked a shadow of his former self. Emery was billed as the demanding, meticulous coach to bring the best out of these players, but of Arsenal’s attackers only Alex Iwobi has shown tangible progress.

Which brings us back to Ozil. Having started the season apparently in Emery’s plans, the German quickly found that status under threat and, following a handful of unexpected last-minute omissions from matchday squads that had the distinct whiff of tension behind the scenes, has now been effectively declared persona non grata by the manager. On Saturday Emery repeated that the World Cup winner’s absence was due to tactical reasons. Meanwhile, Aaron Ramsey, a player how might be expected to enjoy more game-time with Ozil sidelined since they occupy similar positions, remains on the fringes too.

Whichever way you approach it, it’s impossible to avoid the conclusion that Arsenal are nowhere near realising the potential of their attacking assets. Or to put it another way, Emery is failing to get the best out of the players at his disposal – one of the fundamental tests of the success of any managerial reign. Given the porous defence, this cannot be framed as a pragmatic trade-off.

Criticism of Emery has to be tempered by the fact that we do not know what has led him to take this position. He may be right to shun Ozil if, for instance, the player is unwilling to adhere to the tactical instructions or levels of application asked of him. From outside the squad, and while both men keep their counsel, we cannot know. It’s not unreasonable to ask whether it isn’t incumbent on managers to find a way to accommodate their brightest talents, though.

Results may soon pick up with the return of most of Arsenal’s first-choice defenders to fitness, allowing Emery to restore the Xhaka-Torreira axis and reintroducing the threat of Bellerin. Emery may yet crack the Aubameyang-Lacazette conundrum too. If not, however, his continued exclusion of Ozil will remain a constant source of scrutiny and a reminder that he remains some way from finding the right formula at Arsenal.