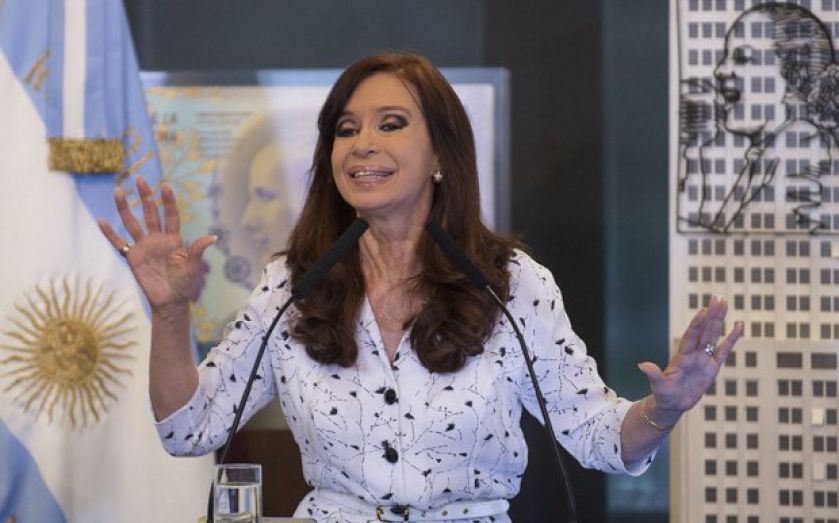 Today marks the deadline for the Argentinian government to reach a deal with a group of creditors over a bond repayment dispute. The stakes are high for the downwardly-mobile country, which once ranked among the world’s richest. If it fails, Argentina will experience its second sovereign debt default in just 13 years.

Why does this matter? The impact of a default on the Argentine economy would undoubtedly exacerbate its current woes, which include a recession and extremely high inflation. There are few fears of broad contagion. But the clash between the country and some of its bondholders does have potentially far-reaching consequences for global economic governance and the relationships between creditors and debtors. Although the ball is now firmly in Argentina’s court, there is a big question about how international bodies should take the lead in the future to find a solution.

The story of how Argentina came to be in this situation is long and complicated. It has its roots in the economic mismanagement that took place after the South American country returned to democracy in the early 1980s, but began in earnest following the Argentine debt default of 2001.

After its default, Argentina made what was described by the IMF as a “non-negotiated offer” to its bondholders that nevertheless led to large-scale bond exchange in 2005, and then again in 2010. While over 90 per cent of creditors accepted a big haircut, which equated to as much as a 70 per cent reduction in the asset value, others did not. These so-called “holdouts” have pursued payment through the legal system, eventually receiving a US court ruling that, if Argentina is to continue paying out to restructured bondholders, it has to pay out to the non-restructured bondholders as well.

Argentina has resisted, and now has to negotiate a deal with the holdouts or experience a technical default. And there are numerous other sub-plots that have played out too. These include the legal jurisdiction of where the debt is held, and the interpretation of particular clauses in restructured debt contracts. This has all occurred against the backdrop of a Presidential election in 2015, giving the negotiations a decidedly political focus in Argentina.

This sorry story could have played out differently. At the peak of the Eurozone crisis, Policy Exchange looked at what Europe could learn from previous episodes of sovereign default. The study focused on the example of Argentina and was highly critical of the hardline approach its government had taken in dealing with its creditors – the “non-negotiated offer” they were faced with.

The most important conclusions were that, for countries experiencing a default, transparency and sanctity of contract law should always be adhered to, to avoid the country being unnecessarily frozen out of international debt markets for an extended period. We also argued that global authorities should more rigorously enforce available sanctions against countries that persistently violate international conventions – including suspending them from international groups like the G20.

With enormous support from other Eurozone economies and the IMF, and despite still facing a hard road back to normality, Greece successfully returned to the bond markets in April 2014. Argentina is nowhere near this position.

But what happens now? In the short term, at the risk of stating the obvious, either a deal will be done or it will not. It has been suggested that the holdouts are using recent deals completed with other Argentinian creditors as potential models for an agreement (with Repsol and the Paris Club, for example). But it takes two to tango, and Argentinian President Cristina Fernandez de Kirchner was quoted last week as saying that “they won’t make me sign just anything threatening me with the world falling apart”. She has shown little sign of adopting a conciliatory approach.

It is, however, not only the two sides involved in the dispute that will face the implications. Indeed, the precedent of enforcing equal treatment of creditors as interpreted by the US legal system may now have been set. As former Colombian finance minister Jose Antonio Ocampo has argued, this may also mean that the IMF has to take a different approach to debt restructuring in the future, potentially through an international bankruptcy regime, as bondholders in other countries may be less willing to accept haircuts in the event of default. Further, bonds issued under New York Law (or English Law) may now be regarded as even safer investments.

Ultimately, however, the lesson must be that aggressive non-negotiated restructuring of defaulted debt by governments will hinder the speed at which they can access bond markets in the future. This is an incredibly important economic story, and a reminder that the fall-out from sovereign debt problems can take a long, long time to clear up.