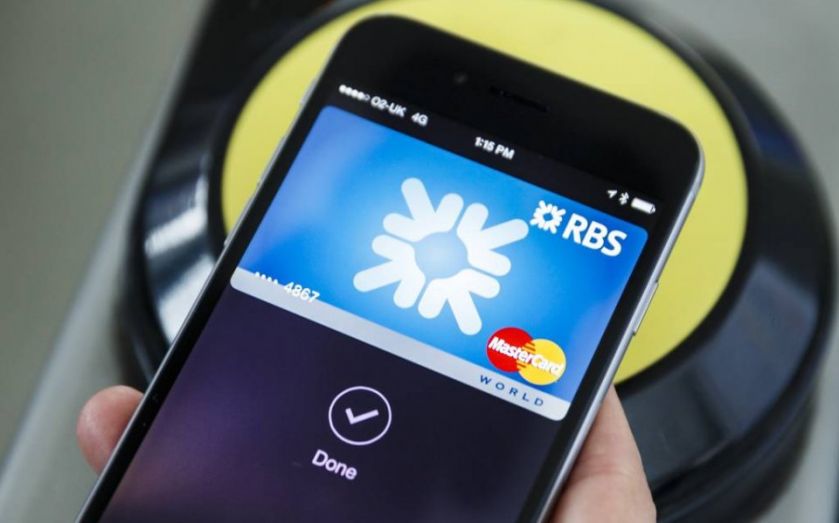 Today’s smartphones can do incredible things.
Need a ride around London? Just tap the Uber app. Fresh flowers or food from a local restaurant delivered straight to your door? Try Bloom & Wild or Deliveroo.
These apps are fantastic, but there's a new smartphone feature set to fundamentally revolutionise the high street and how we pay for things.
Mobile payments mean that instead of paying with cash or card, you can simply tap your smartphone against the contactless card readers that are popping up all around London, in everywhere from Pret to Tesco.
Read more: Mobile payments are transforming our society – cash could be obsolete in Britain by 2020
“The smartphone has become part of the fabric of society, especially here in the UK because you've got an incredibly high penetration of quality smartphones. Mobile payments therefore are going to be a truly transformational technology for smartphones,” CCS Insight mobile industry analyst Ben Wood told City A.M.
So how are mobile payments going to change our lives when we have contactless bank cards already?

Wave goodbye to your wallet

Indeed, there are already over 49.6m contactless cards in Britain, nearly half of all credit and debit cards, according to payments giant Visa.
But even Visa knows that the future of payments isn’t with contactless bank cards, it’s with mobile.
“I'm incredibly confident that people will embrace smartphones for payments,” Visa’s executive director of core products, Sandra Alzetta, who leads the mobile and contactless business unit for Visa Europe, told City A.M.
“The reason I'm so confident about saying that is because we've done a tremendous amount of research and trials over the years using many mobile payment solutions and we know that consumers like paying with their smartphones.”
Convenience is the main benefit for using mobile payments.
In London people already spend most of their time talking, tweeting, taking Snapchats and hailing Ubers with the smartphone in their hand.
If you add making payments to that list, suddenly a smartphone is the only thing you need to get around in the City.
“Generally people would like to declutter,” Deloitte’s head of technology, media and telecoms research, Paul Lee, told City A.M.
“The reason why you're carrying around a wallet or purse in the first place is because it's mostly a repository of credit cards, debit cards, loyalty cards and store cards. If you can move some, or all of those cards to your phone, then that makes your life easier.”
Lee says around 1 per cent of smartphone users currently use mobile payments regularly. It’s a figure he expects will rise to around 10 per cent in 2016 and within three years he predicts 20 per cent of us will make mobile payments on a weekly basis.
“Because of the UK's advantage with a large base of NFC-enabled devices [the underlying mobile payments technology] both with smartphones and terminals used by retailers… In five years time it will be a pretty common thing to see on the high street, and the need to carry a wallet or purse will become lesser and lesser,” says Lee.
Along with the sheer convenience of paying with something that’s already in your hand, mobile payments boast another benefit over contactless cards, security.

“Security and privacy is at the core of Apple Pay,” said Apple senior vice president Eddy Cue when Apple Pay was unveiled last year.
“When you’re using Apple Pay in a store, restaurant or other merchant, cashiers will no longer see your name, credit card number or security code, helping to reduce the potential for fraud.”
If someone steals your contactless bank card they can start spending money by just pressing it against a contactless card reader in a shop (which is why contactless payments are currently limited to £30). Mobile payments are far more secure because of the fingerprint-sensing Touch ID technology on Apple Pay that requires your finger to be present when a payment is made, greatly reducing the risk of fraud.
Because of this many high street stores, including Marks and Spencer, Boots and H&M, have scrapped any limit on mobile payments as they are so confident of the security which underpins the technology.
“When you're using a smartphone with Apple Pay or other mobile-payments to make a payment, it is the most secure way of making a payment,” explains Lee.
“Casual fraudsters are going to have a nightmare with these new systems because they're so technologically complex,” he adds.

With the benefits of better security, higher transaction limits and convenience, it’s looking likely that consumers are going to start picking mobile payments over traditional cash and card payments over the next few years.
The question then is, how do you join the mobile payments revolution today?
The two biggest players in the UK mobile payments ecosystem are tech giants Apple and Google, both of whom are betting big on smartphones replacing your wallet in the near future.
Apple Pay touched down on UK shores in July as the first mobile payments platform to arrive. With the latest iPhone 6 or iPhone 6 Plus customers of most British banks can simply add existing credit or debit cards to use from their devices.
And while Apple is the first to have mobile payments in the UK, they’ll soon be joined by dozens of new Android smartphones after search giant Google revealed in May that it is working on its own platform.
Android Pay will work with the latest Android mobiles that have NFC technology, common in new devices like Samsung’s Galaxy S6 or Sony’s Xperia Z3 Plus, however Google has yet to reveal when Android Pay will launch in the UK.
With tomorrow’s smartphones becoming the one device for our every entertainment, communication and (soon enough) payment needs, lets just hope we don't run out of battery.