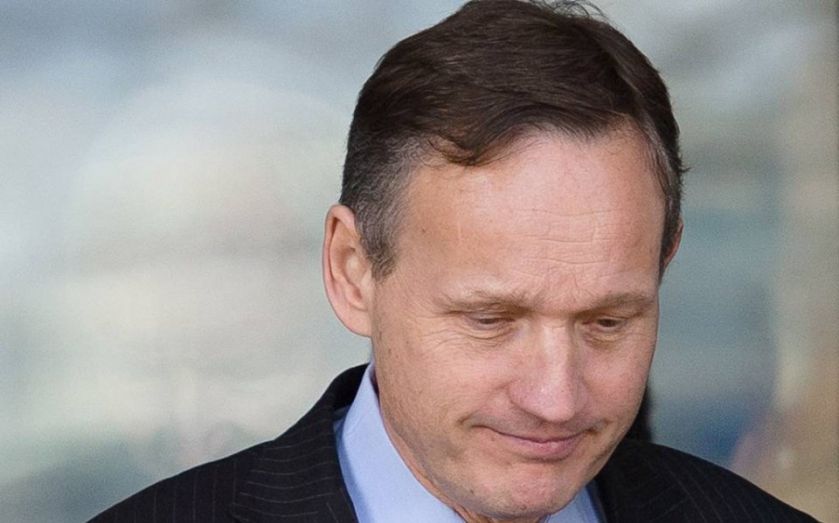 It might not be the best day for Antony Jenkins, but Barclays investors seem pretty happy with the news that he's been ousted. Barclays share price leapt 2.7 per cent at the open, rising to 3.2 per cent in mid-morning trading, comfortably leading the FTSE 100.
The board has praised Jenkins for his work “in incredibly difficult circumstances” but said it was “clear to all of us” that the business required a new leader. Sir Michael Rake insisted there was no “major change in strategy” as a result.
But Investec analyst Ian Gordon said “few will see it this way”.
“We assume that John McFarlane and/or Antony Jenkins’ permanent successor will quickly signal a faster run-down of non-core assets coupled with further rationalisation within the “low return” investment bank,” he added.
“Sources of incremental revenue growth are less obvious, although increased “aggression” within Barclaycard and/or the UK retail/commercial businesses offers some potential opportunity… New management may target a faster RoE [return on equity] recovery, but it is not a walk in the park.”
Mike van Dulken, head of research at Accendo Markets, also thought there was more to the story.
“In other word’s there’s been a high level dispute and he’s been shown the door just three years after replacing Bob Diamond who was forced to resign amid the Libor scandal.
“While a period of uncertainty until a successor is found would usually be a negative, the positive share price reaction suggests optimism that the replacement can better satisfy the board on the financial performance and strategic change front and get the shares back towards the 300p mark.”
Meanwhile job comparison site Glassdoor told City A.M. Jenkins had a 64 per cent approval rate among staff – slightly below the 69 per cent average – but that it had been dropping steadily since 2013.
But Streatham MP Chuka Umunna sounded a note of caution, saying although it was “essentially an issue for the Barclays board” he hoped Jenkins' removal “doesn't mean a weakening in Barclays' resolve to implement the Salz review”.
https://twitter.com/ChukaUmunna/status/618726635223810049
"It's in the national interest that the reputation of our banking sector is restored to what it should be given its importance to our economy."