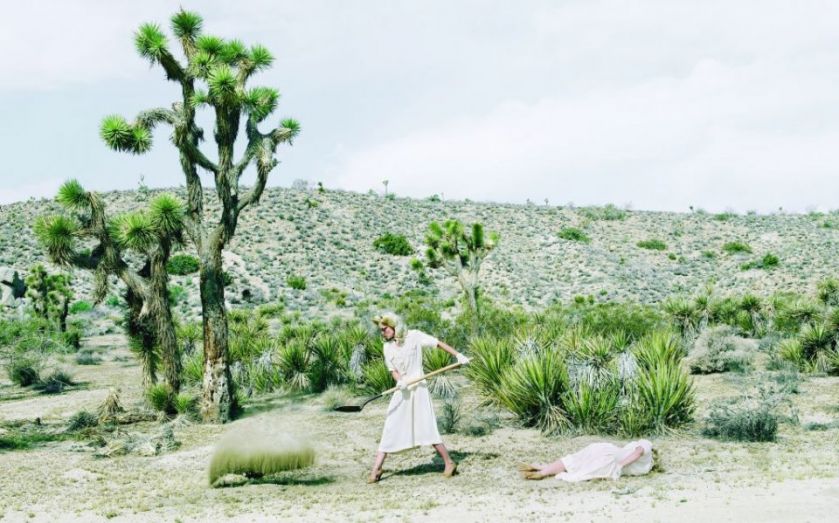 The only thing Anja Niemi likes more than taking photographs is being photographed herself. The Norwegian photographer combined the two to great effect in her series Do Not Disturb and Starlets and has done so again in Darlene and Me, her latest show opening at Fulham’s Little Black Gallery next month.

In the dramatically staged self-portraits, Niemi depicts herself and another woman locked in a passionate clinch. One moment they’re spraying each other playfully with water, the next they’re killing each other. Are they lovers? Friends? Twins? Or – and this seems more likely – could they be two visions of the same person, a Jekyll and a Hyde fighting for control in the sun-drenched California desert?
As photographer, subject and director, control is clearly important to Niemi, and it’s a theme that frequently crops up in her work. Like her idol Alfred Hitchcock, she is the omnipotent ruler of the world she creates.
Darlene & Me by Anja Niemi at Little Black Gallery is free, and runs from 15 January – 10 March