Often viewed by travellers as a mere stopover point on the way to discover Thailand’s tropical islands or Chiang Mai’s Golden Triangle, Bangkok should not be missed out as a destination in its own right.

It’s currently experiencing an exciting renaissance with an abundance of forward-thinking hotels and innovative restaurants opening their doors, not to mention a thriving underground arts scene more usually found in New York’s Williamsburg or London’s Shoreditch.

The weekend: With its upmarket dining, urban markets and pulsating nightlife (head to 72 Courtyard for jazz, craft beer and the latest DJs), Thonglor is Bangkok’s most hip enclave. Take the city’s uber-efficient BTS Skytrain to Thong Lo and start exploring.

Where? Thai hotel brand Akyra has been making waves with its sustainable, laid-back properties found across the country. Found at the heart of the city’s coolest corner is Akyra Thonglor, which dials up the glamour with its apartment-style rooms and suites. Having just been revamped by Begray interior designers, renowned for its cutting-edge concepts, guests can expect a slick rooftop swimming pool, contemporary Asian restaurant and sumptuous interiors. 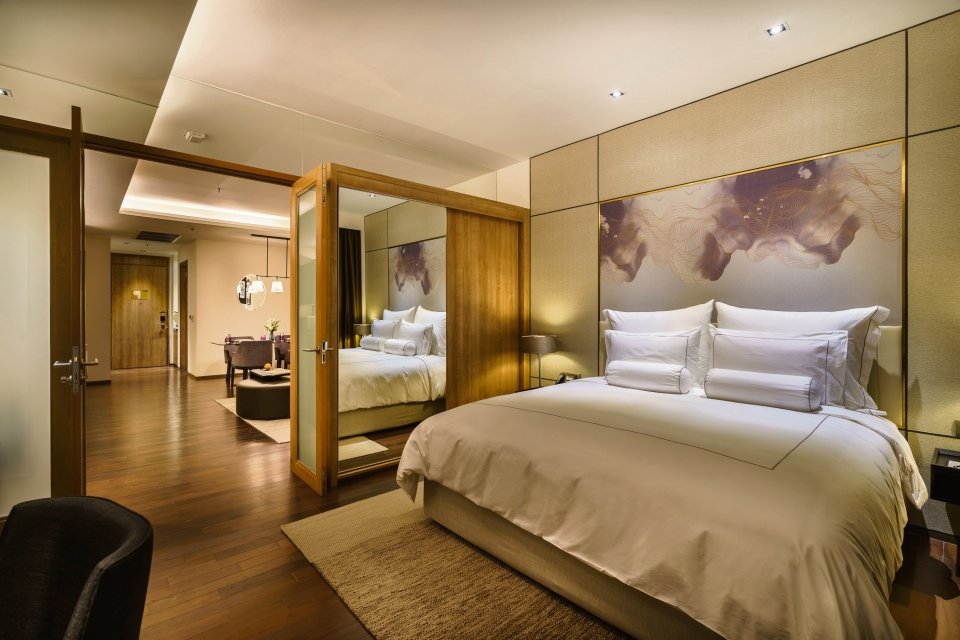 The stay: Rooms are huge with broad balconies offering cityscape views. Beds feature oversized marble-print headboards, glass ‘cube’ bathrooms (blinds are supplied for non-exhibitionists) and floor-to-ceiling windows. Public areas are swish with polished floors, glittering chandeliers carved out of crystal decanters and oversized plant pots. There’s a round-the-clock gym and a concierge offering a range of insider tours – from tuc tuc bar crawls to a photographer’s masterclass which takes you around Bangkok.

The food: The Som Tam & Chardonnay Restaurant (so called because the wine is an unlikely match for Thai’s traditional som tam papaya salad dish) marries Thai classics, such as pad thai and tom yum goong spicy and sour soups, with Italian flavours. Everything has a healthy twist – try the beetroot gnocchi, seared seabass with quinoa salad for a light, fresh bite. A highlight are the gourmet breakfasts – which offer a range of options from French toast with mango coulis to spinach feta wrap. 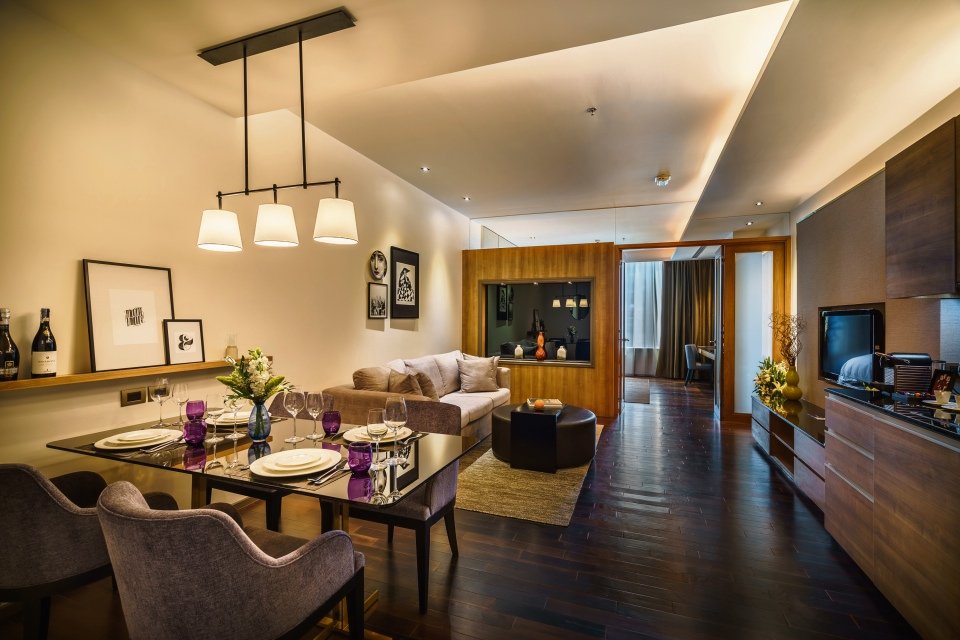 Ask about: The new speakeasy whisky bar. Inspired by Thonglor’s penchant for secret bars – it’s a booming scene from the unmarked J.Borowski to the area’s hidden Backstage Bar (a tiny, Burlesque themed cocktail bar) – the hotel is about to open its own version. Tip: you’ll find it on the rooftop.

And after that? Described as Thonglor’s ‘backyard’, The Commons (thecommonsbkk.com) is a new generation ‘community mall’. Incorporating artisan eateries in ‘The Market’, boutique shops in ‘The Village’ and events spaces ‘Top Yard’ and ‘Play Yard’ – it’s a sociable, urban hub.

Rates at Akyra Thonglor Bangkok start from £120 per night for a double room on a bed and breakfast basis. Visit theakyra.com/bangkok/thonglor/