After Love film review: A captivating story of grief 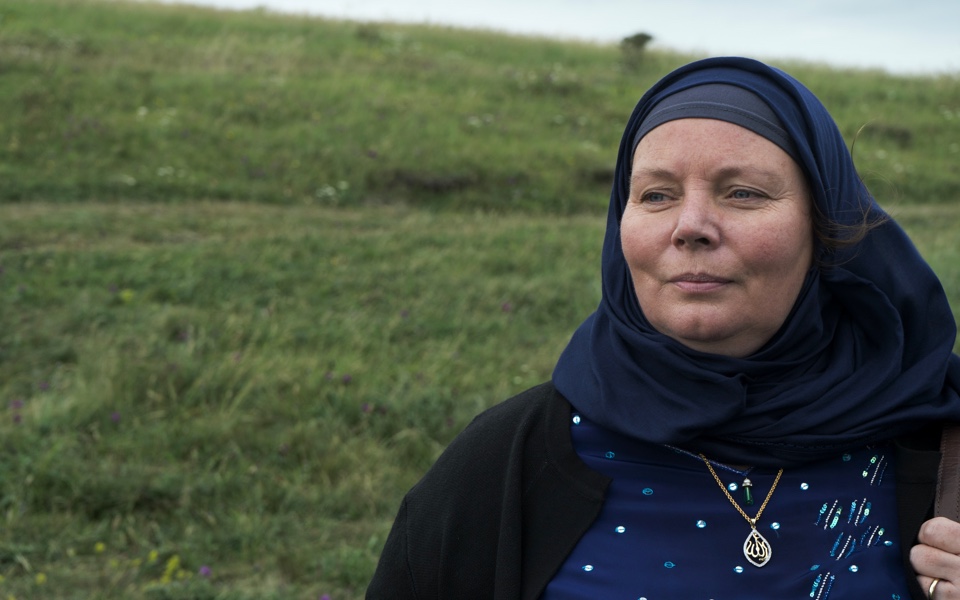 Many independent dramas deal with the subject of grieving, a topic too sombre for commercial films but one that remains pertinent to everyone. However, Aleem Khan’s debut feature takes an unusual route to tell its story even for a film outside of the mainstream.

Joanna Scanlan stars as Mary, a British woman converted to Islam years ago when she married her husband Ahmed (Nasser Memarzia). Their happy life in Dover is halted when Ahmed dies suddenly, leaving Mary devastated. While going through his belongings, Mary finds evidence of a secret life – a lover named Genevieve (Nathalie Richard) and a son named Solomon (Talid Ariss). Mary doesn’t correct Genevieve when she mistakes her for a cleaner, and enters their house as they prepare to move. As she grapples with grief, she also struggles to come to terms with the life she never knew her husband had.

There’s something sensational about the premise, a widow who gets to know her husband’s secret family. It could almost be the setting for a dark comedy, and for many filmmakers it would be milked for dramatic effect. That isn’t the case here, as Khan’s most devastating blows come quietly. There is extraordinary visual storytelling, such as Mary staring at the crumbling White Cliffs of Dover, or clinging longingly to her phone as she listens repeatedly to her husband’s final voice mail.

Unspoken comments on Mary’s religion come in scenes where Geneveive assumes she is a cleaner due to her veil, or Mary’s own pointed remarks when asked about converting. He’s not interested in fireworks, and sets this out in a soundless pre-credit scene where Mary finds Ahmed dead in his chair.

This understated approach works in tandem with a startlingly brilliant lead performance. Scanlan dictates the direction of the film, which chooses to explore the notion of a past shattered, rather than a melodramatic face off. Without saying a word, she conveys a whole life’s worth of emotions in her prayers, contemplations, and private breakdowns. It is an authentic portrayal of a pain too strong to be expressed by weeping and wailing. She is a soul lost, mourning both the man she loved and the history she thought they had.

Her moments alone are so outstanding that the interactions with her co-stars feel limp by comparison. They mark time until the inevitable reveal that, in reality, isn’t dramatically necessary. Still, it’s a small complaint for a story that is so visually and emotionally arresting. Many films this summer will seek to loudly provoke a reaction from you. After Love succeeds with a whisper.

After Love is in cinemas from 4th June.