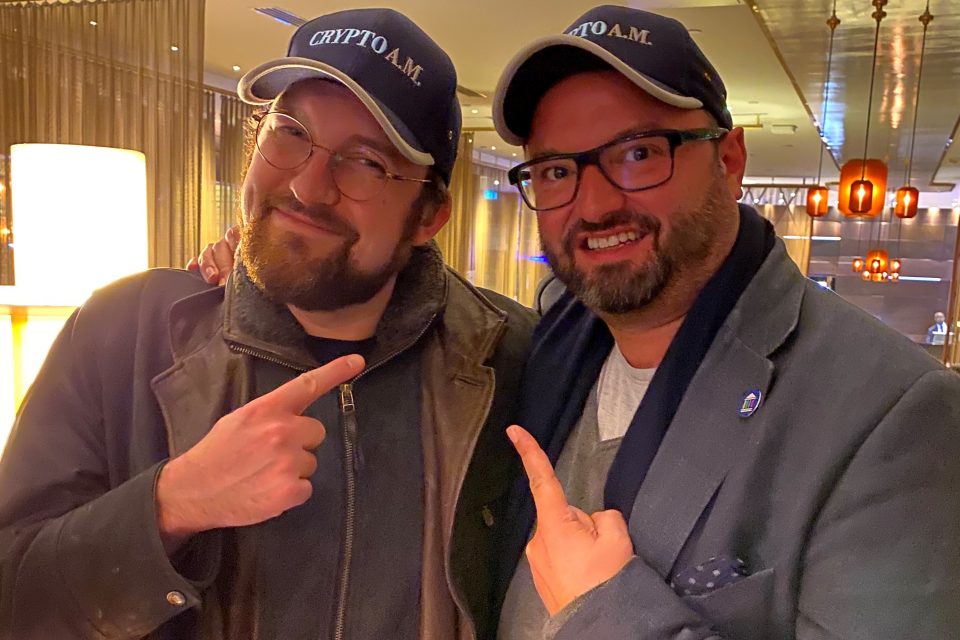 The past year has been a huge one for Input Output and the Cardano blockchain. Since the start of this year, there have been exciting rumours circulating about IO’s work in Africa and what, today, has finally arrived.

It’s been a while since we last spoke, so I sat down for a chat with Charles Hoskinson to talk about IO’s Africa special show, which delves into detail on IO’s projects in Africa, including  interviews and partnership announcements with the Ethiopian Minister of Education, Save the Children, SingularityNET and global mobile network World Mobile.

JB: In this month’s Africa special, you’re going into some more detail on your partnership with the Ethiopian government, which was announced on Tuesday and is said to be the largest blockchain deployment in the world. What does this partnership entail?

The Digital IDs created on Atala will act as a permanent, tamper-proof record of educational performance across 3,500 schools, supporting five million students and 750,000 teachers. The deployment will also see teachers and pupils issued with tablets and a dedicated internet network, providing instant access to their academic records, opening up higher education and employment opportunities for the 80 per cent of Ethiopia’s population living in rural regions. The solution will also allow the government to keep track of individual grades, behaviour, attendance and educational attainment across all Kindergartens, Elementary Schools, and General Secondary Schools, and teachers will be able to use the system to manage schedules or transfers, and report behaviour or dropouts.

This is an incredibly exciting partnership for us, for one thing it represents the largest blockchain deployment in the world. But the main reason is that initiatives like this are the reason that the company was built. We founded Input Output in 2015 with the dream of bringing economic identity to the millions who don’t have it. Having a verifiable ID is the first step. A verifiable ID means that users can get a passport or driving licence, register property and access vital financial services like banking and loans. We want to use blockchain to solve this. We’re starting with education in Ethiopia, but Atala PRISM could be rolled out to cover government services as a whole, which we are actively investigating elsewhere.

JB: IO has a significant history of working in Africa, why did you choose that continent in particular?

CH: At IO we’ve always recognised the unique position developing countries are in to benefit from blockchain technology. Africa is a continent with a huge amount of potential. Our aim for blockchain, not just in Africa but for the world, is rapid mass adoption, providing everyone with verifiable ID, enabling access to finance and the ability of organisations and governments to better target services, and allowing ID holders to access services previously out of their reach, like proof of ownerships, qualification and entitlement to government services.

In general, implementing country-wide or government-level blockchain solutions rapidly and at scale can be a lower-friction process across the continent, because most African nations tend to have fewer heavily embedded legacy systems, unlike the situation in the advanced industrialised economies.

The governments we’re currently working with around the world, in order to provide verifiable digital ID want to embrace new systems with the potential to solve multiple structural problems, ultimately improving economic growth and the living standards of their populations.

It’s not just governments either. In Ethiopia alone, 70 per cent of the population is aged 30 and under, has grown up digitally native and is excited for innovation. In the same way, over 90 per cent of African youth as a whole aspire to set up a business in their country, and are looking for new opportunities. A key barrier to these entrepreneurial dreams and the desire for change is access to finance. This requires verifiable identity, which Atala PRISM provides.

JB: What’s next after this? Is there potential for the partnership to expand past education?

CH: After schools, we hope to extend the project to universities, where degrees would be digitally verified on the Cardano blockchain. This would allow employers to validate the legitimacy of the qualifications of any job applicants, making that whole process easier. As I’ve said, PRISM is a technology that can be used in a range of industries, and we’re committed to establishing it as the global standard for secure, verifiable ID, ultimately providing the secure, interoperable backbone to ID systems across all countries and use cases.

We’re also already working with other governments who want to use blockchain to digitise public services, including a project with Georgia’s Ministry of Education using our Atala products to create a blockchain-based system for verifying graduate degrees.

CH: Our partnership with, and stake-holding in, World Mobile will see us working together to widen and democratise access to digital, financial and social services in Africa. This movement has to start with connectivity. Of the four billion people in the world not connected to the interview, 700 million are in Africa, and that’s mostly because mobile networks simply haven’t bothered to invest in the infrastructure to reach as far as rural communities. Legacy infrastructure has left half the world offline, it’s time for that to change.

Starting in Zanzibar and greater Tanzania, we will work to bring sustainable internet connectivity using renewable, solar-powered energy. Local business owners in rural Africa will be able to access affordable network nodes, based on the Cardano blockchain infrastructure, and share access around their communities. These network nodes act as local relays for internet connectivity. Subscribers to these networks also will be able to access our digital identity solution, Atala PRISM, which will allow them to use services such as digital banking, healthcare and education.

Blockchain can be a powerful force for social good. Through our digital ID solution, people who were previously unable to verify their identity, complicating and often preventing access to vital services like healthcare will now be able to do so. Atala PRISM will also allow citizens to provide backup copies of important documents like qualifications or property ownership documents, which can allow returning refugees to reclaim their homes. Ultimately, we want to create a global marketplace where everyone has equal access, irrespective of geographical location, culture, or background.

JB: To finish, it’s been a huge month for IO and Cardano, you must be ecstatic?

CH: The Africa special is one the greatest moments of my career as CEO of Input Output. We’re on track for achieving our goal of delivering economic identity to those currently left behind by current systems – in particular the world’s 2.2bn unbanked. As verbose as it may sound, our ambition really is to provide a more egalitarian, open financial operating system for the world.  We are in a privileged position to be able to announce even more than the Ethiopian and World Mobile Chain partnerships during this show, which is a testament to how hard our teams have been working. This includes partnerships with Iceaddis, setting up a joint office in Addis with SingularityNET, and even partnering with Save the Children to enable ADA donations to empower communities in East Africa. It’s been a wild ride so far, but this is just the beginning.

IO’s Cardano Africa special show aired at 16:30 UTC on April 29, but is available to watch again. Go to https://africa.cardano.org/