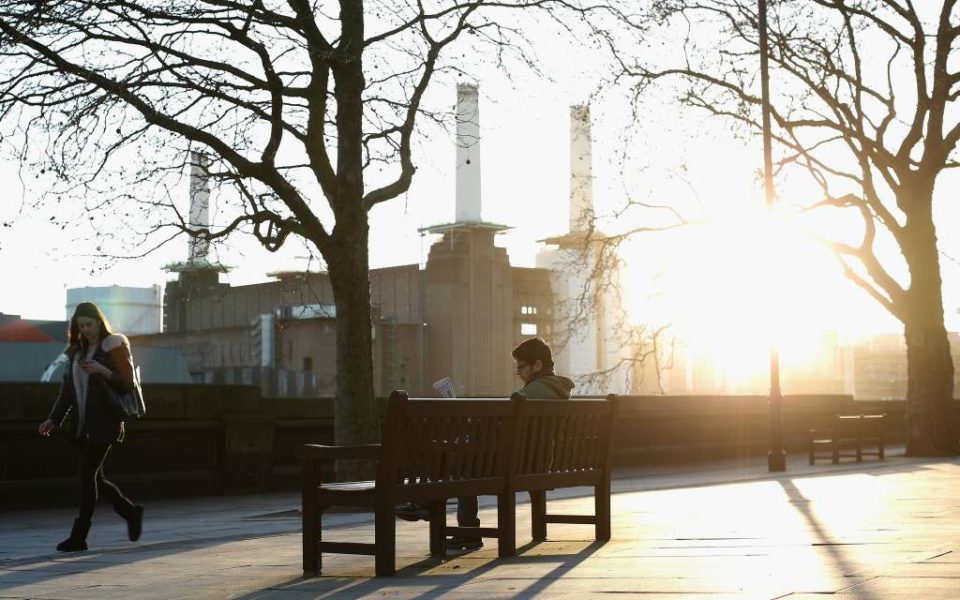 The capital's supply of homes for sale – both new-builds and people putting their previously-loved properties on the market – continues to be pathetically low.

But as the government attempts to increase the number of homes being built in the capital, parts of London are about to experience mini housebuilding revolutions.

Knight Frank's Global Development Report highlights the areas where the biggest opportunities exist for London's developers. Where will the capital's hottest residential areas be in the next 10 years? Read on…

Why? When Crossrail arrives in 2018, Acton will be connected to the capital via a high-speed link

How many homes? There are 1,000 homes with planning permission at the moment, although there is scope for far more

Who'll live there? City workers, those who need an easy link to the North (Old Oak Common's HS2 hub will be close by)

Why? One of London's few remaining large-scale brownfield areas, Old Oak Common is earmarked as a transport "superhub", with a huge interchange between HS2 and Crossrail planned

How many homes? Plans are being drawn up for as many as 24,000 new homes, as well as shops

Who'll live there? Again, the area's proximity to Crossrail means it will be opened up to City workers

Why? Whatever you think of the demolition of the old exhibition centre, the area is about to become one of London's largest regeneration projects

How many homes? Under current plans, 7,500 homes across four "villages" are planned – although they are still the subject of disputes from locals

Who'll live there? Is this the beginning of the extension of Kensington and Chelsea? The area is ripe as a new hotspot for the super-rich – and with prices expected to hit £2,000 per sq ft, they may be the only ones who can afford it

Why? Currently an odd no-man's-land wedged between Paddington and Notting Hill, plans to redevelop part of Queensway mean buyers are sniffing around. It'll also be served well by Paddington's Crossrail station

How many homes? At the moment it's on a per-development basis but Knight Frank suggests buyer demand is rising

Who'll live there? Notting Hill-types and City slickers, as prices edge towards £2,750 per sq ft

Why? Need we explain? The regeneration of Battersea Power Station, coupled with the impending arrival of the American Embassy, means billions is being ploughed into the area

Who'll live there? Anecdotal evidence suggests many of the homes – particularly in the power station development – are owned by investors who will rent them out. With a luxury feel to many of the apartments on offer, the developments are aimed at professional renters

Why? It's a dystopian nightmare of barriers and construction sites at the moment – but Land Securities, which owns many of the properties around Victoria Station, is in the midst of giving the area a long-overdue facelift

How many homes? No word on the exact figure – but the company has at least two residential-only buildings planned

Who'll live there? Frequent commuters and those with money to burn: prices are set to rise as high as £3,250 per sq ft

Why? Yep, even London's poshest borough is getting in on the act: with the arrival of Crossrail at nearby Bond Street station, the area's about to become even more sought-after

How many homes? Far fewer than in, say, Nine Elms – but with schemes such as John Caudwell's £2bn Audley Street Car Park redevelopment and Finchatton's 20 Grosvenor Square set to hit the market in the next few years, the area is about to be dragged into the 21st century

Who'll live there? Oil barons, Russian billionaires, Middle Eastern royalty: anyone for whom £7,000 per sq ft seems like a reasonable price

Why? After the successful rejuvenation of King's Cross, Euston is the next on transport bosses' list: the station and its surrounding area have been earmarked for a badly-needed facelift

How many homes? At the moment, it's likely to be the overspill from King's Cross (see below) – but with a collaborative effort between Camden Council, the Greater London Authority and Transport for London in the works, it's hoped the area will get new homes, businesses, schools and shops

Who'll live there? Commuters and those with an eye for a bargain: with prices forecast to hit £1,500 per sq ft by 2018, those looking for a cheap (comparatively speaking) place in zone one need look no further

Why? While the station has already undergone a wholesale transformation, developer Argent is in the middle of doing the same to the surrounding area. The London College of Fashion has already brought a quirky feel to Granary Square, attracting restaurants such as the Grain Store – but further work (not least the construction of Google's future HQ) still needs to be done

How many homes? Argent is already building 265 homes: it has planning approval for another 1,700 units

Why? Collectively known as the "City Fringe", the areas around the Square Mile are in the middle of a mini housing boom, as young professionals take advantage of their proximity to work

How many homes? While Farringdon has 1,200 units under construction, Hackney is forecast to grow by 13,000 households in the next six years. Whitechapel, meanwhile, has a masterplan which has pledged to deliver 3,500 homes by 2025

Who'll live there? The area's traditional mix of City workers and creatives