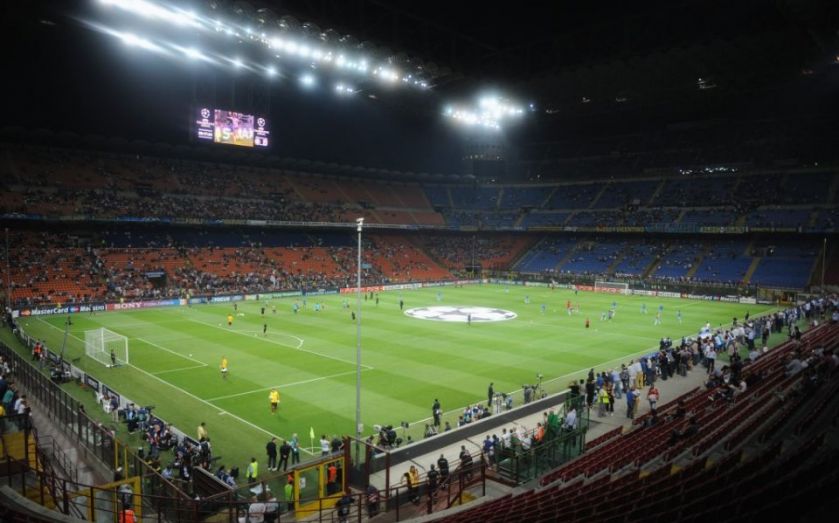 Arsenal’s Emirates Stadium has been named as one of the inspirations behind the design which will cost between €300m – €320m (£226m – £240m) and includes a retractable roof.
Milan currently share tenancy of the San Siro, owned and run by the Milan municipality, with local rivals Internazionale.
The San Siro has a capacity of 80,000 yet, like many other venues in Italy, has been left with scores of empty seats due to dwindling attendances. Milan’s average attendance last season was just 39,874. 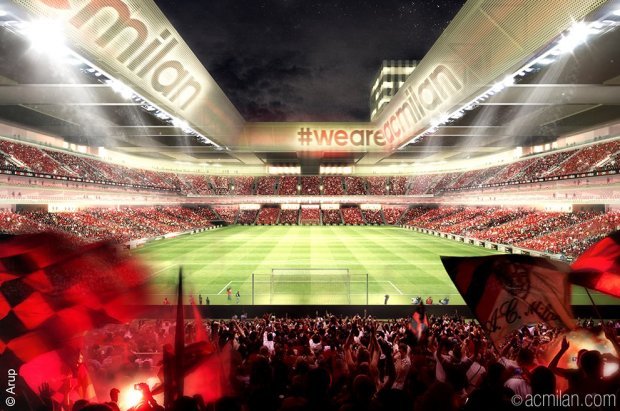 Milan say the arena will bring fans closer to the players, and cited a number of modern stadiums as influences.
The architect of the project, Emilio Faroldi, told Gazetta dello Sport:

We were inspired by the Emirates Stadium in London, St. Jakob-Park in Basel, the new San Mames in Bilbao and the Neuchatel Xamax Stadium.

The Rossoneri aren’t the only Italian club to be scaling down in size, swapping multi-purpose arenas with a running track for more football-specific venues. Juvenus traded in the cavernous 69,000 Stadio delle Alpi for the more intimate 41,254 capacity Juventus Stadium in 2011 while Roma are leaving the 70,000 capacity Stadio Olimpico for a smaller stadium. Udinese are building over the running track in their Stadio Friuli.
Alongside the stadium itself, Milan intend to contribute to the redevelopment of the Portell-Fiera area of the city with a hotel, a sports college, restaurants and green areas.
Faroldi said:

Scientific research, through a series of studies, tells us clearly that the role of the arenas in Europe and in the world is gradually changing. The stadiums are no longer meant only as a place for sporting events, although open all week, but as a useful piece to reorder the urban outlook of a city, a neighborhood.

Arsenal's matchday revenues have soared since moving to the Emirates Stadium. (Source: Getty)