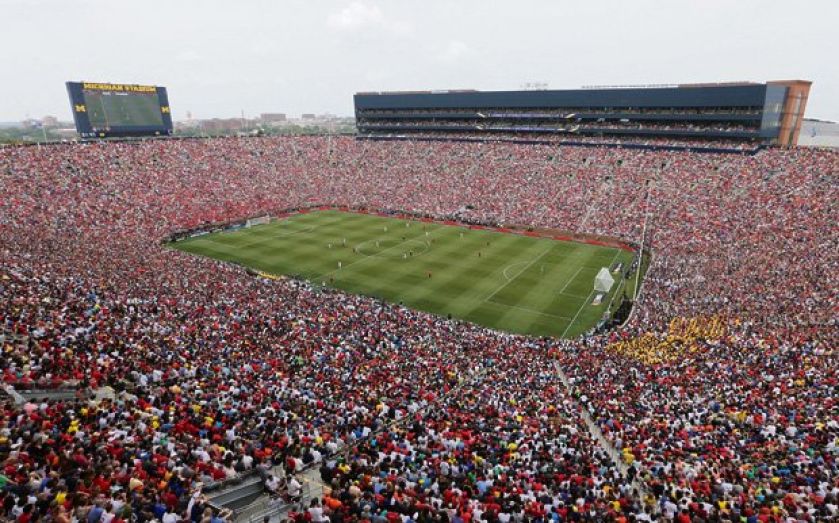 Premier League chief executive Richard Scudamore has breathed fresh life into plans for top flight fixtures to be played overseas, insisting it is a matter of when, not if, the so-called 39th game is introduced.

The Football Association on Sunday lent fresh momentum to an idea pilloried when first floated, hinting that the Community Shield could be moved abroad within five years.

“The clubs wanted it then and they all would still probably want it now,” said Scudamore, referring to the previous debate over the 39th game in 2008. “It will happen at some point. Whether it is on my watch, who knows?”

Proposals for the 20 top flight clubs to play an extra round of fixtures, on top of the existing 38, in 10 overseas locations such as the United States, China and South Africa, met with opposition from fans’ groups, the FA and international governing bodies when first mooted by Scudamore in February 2008.

Since then, however, the annual visits of NBA and NFL teams to London have become firmly established in the sporting calendar, French and Italian football chiefs have taken matches abroad, and Premier League clubs have embraced demand from a generation of foreign fans increasingly engaged via television coverage and new media.

Only one Premier League side did not spend some of their pre-season abroad, with Manchester United, Liverpool, Manchester City, Arsenal and Tottenham all playing friendlies in the US, which has shown renewed appetite for football thanks to increased broadcast coverage of the English game, an expanding domestic league and their own national team’s successful 2014 World Cup.

Demand in north America for watching leading Premier League teams live was illustrated this month when a record US crowd of more than 109,000 snapped up tickets to witness United play Real Madrid in Michigan – figures that surprised even Scudamore.

“What has been interesting over the summer, particularly in the US, watching those audiences, you could argue that we don’t need to do it [the 39th game],” he added.

“To get 102,000 to what we would call a pre-season friendly – you wouldn’t get more even if there was three points, six points, or even nine points riding on that particular game.”

FA general secretary Alex Horne at the weekend admitted that taking the Community Shield overseas was “an interesting idea”.

France has held its curtain-raiser, the Trophee des Champions, in different foreign cities for the past six years, while the Supercoppa Italiana has been staged outside of Italy six of the last 12 occasions.

Supercoppa Italiana
Serie A pioneered staging matches abroad in 1993, when the Supercoppa was held in Washington DC. It has been back to the US once but played in Beijing in 2009, 2011 and 2012.

Trophee des Champions
France’s answer to the Community Shield has been held overseas, mainly in Francophile settings, since 2009. Canada, Tunisia, Morocco, the US, Gabon and China have all played host.