Xperia 1 review: Sony's new flagship is a tower of power 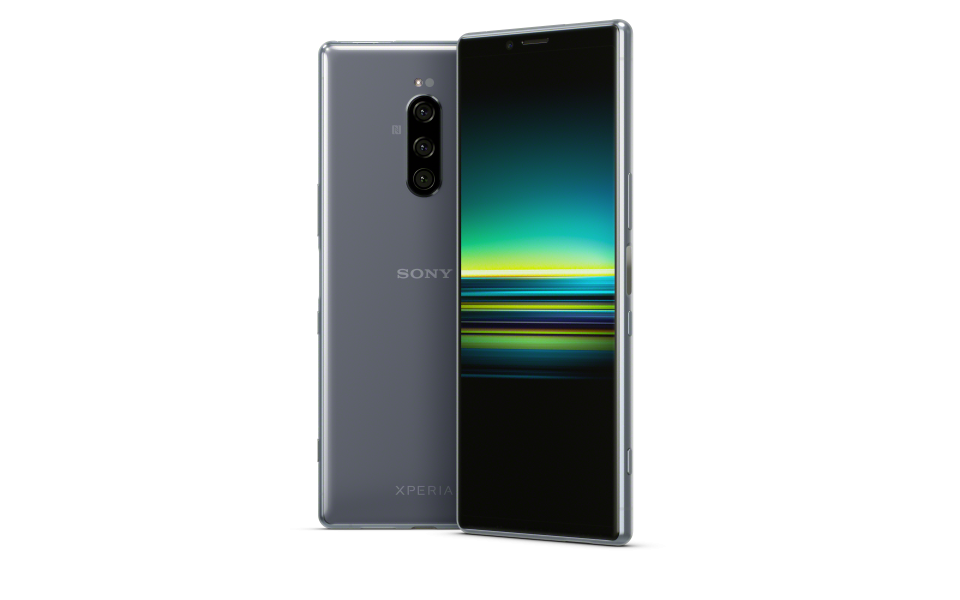 Look at this incredibly tall lad. Sony’s new flagship, the Xperia 1 is a monolith, a towering glass slab that looks just as likely to trigger the next stage of human evolution as it is to book you an Uber. Take this thing outside and you’d need to let air traffic control know ahead of time.

The phone’s elongated, letterbox aspect ratio of 21:9 was chosen as the ideal shape for watching cinematic, widescreen movies. Coupled with the OLED screen’s deep and rich colours, inky blacks and high contrast HDR, it makes for the most immersive entertainment experience you can get on a device of this size. The 4K resolution alone (giving the screen a pixel density of 643ppi compared to the 458ppi of the iPhone Xs) offers unparalleled clarity, and the kind of microscopic detail that your retinas will struggle to appreciate.

Find a movie that runs at the optimal resolution (anything in the more standard 16:9 format gains black bars down each side) and this is the nearest you’ll get to holding an IMAX cinema screen in the palm of your hand. It’s just a shame Sony doesn’t package the Xperia 1 with a bucket of popcorn and a special harness to hold the phone in front of your head.

When you’re not watching Netflix, all of that vertical height can still be put to good use. Split-screening apps to run two things at once is typically a cramped affair on other Android phones, but on the vast expanse of the Xperia 1, two apps have plenty of room to breathe. Typing is also enhanced, with the keyboard taking up hardly any real estate and leaving the entire top two-thirds of the display available for whatever you’re writing, be that a screed, a polemic, or just a particularly long grocery list.

Other phones begin to look squat by comparison, like Gimli to Sony’s Legolas.

As well as watching movies and looking at entire Twitter threads at once, the big screen serves a third purpose in playing games. This is the least useful utilisation of the pixels, as while a few games have been optimised to fill the space (both Fortnite and Asphalt Racing come preloaded on the device and look stunning in super widescreen) most games will end up bordered on the top and bottom by black bars.

Sony has always struggled to stand out among other high-end Android phones, so its decision to focus on designing a unique device – one better suited to movie watching than any competing iPhone or Galaxy – makes sense. And it is, after using it for some time, a beautiful phone. Other phones begin to look squat by comparison, like Gimli to Sony’s Legolas.

It’s not especially easy to use however. A set of clever gesture and touch-based controls help you navigate its peculiar girth when holding it with just one hand, with double-taps of the edge of the screen shrinking the operating system to within thumbing distance. But these functions always feel like a crude solution to the self-imposed problem of having – and it bears repetition – a screen that’s as tall as a house.

But the Xperia 1 is more than just it screen. The camera is the best Sony has ever made, and uses a trio of 12 megapixel lenses – one wide angle, one super wide and one telephoto – to produce impressive shots in a range of conditions. The film production division of Sony has loaned its expertise here too, with a powerful CineAlta app that offers videographer grade control over the frame.

Performance is fast, backed up by a beefy 6GB of RAM and a Snapdragon 855 processor, which offers more than enough power to run high-end games and apps at this demanding resolution. It’s zippy.

Whether or not enough of us want to watch high-quality movies on the go – or care passionately enough about multitasking – to choose an Xperia 1 over an alternative remains to be seen, but Sony’s latest flagship is the ideal device for film enthusiasts and productivity buffs alike.