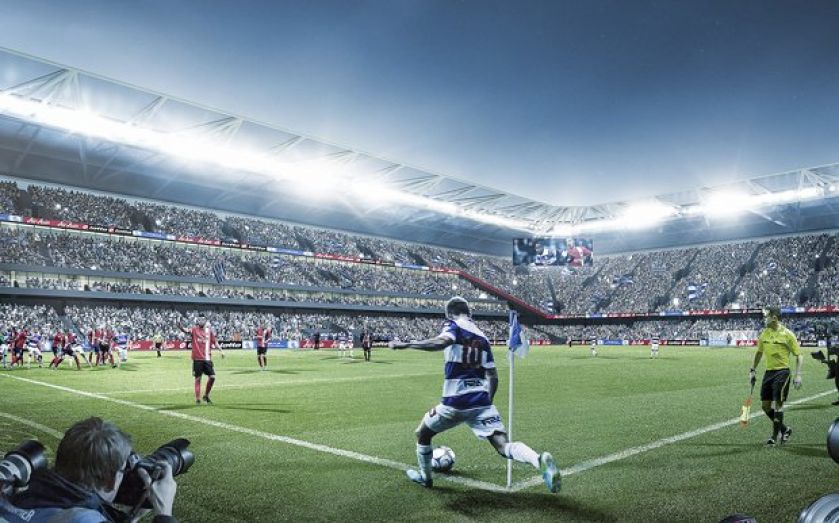 A vast area of west London looks set to undergo a massive regeneration programme that could see 24,000 homes being built and 55,000 new jobs created.

Hundreds of acres of brownfield around Old Oak Common, near the site of Wormwood Scrubs prison, could be transformed as a result.

The £6.2bn plan is being spear­headed by Premier League football club QPR, which will deliver more than 50,000 newsletters to homes and busin­esses in west London as part of a consultation this month.

QPR’s own development plans in­clude a new 40,000-seat stadium, to­gether with a wider package of homes, jobs and community facilities. The club is aiming to create a “new destination” in London dubbed by its chairman Tony Fernandes as the “New Queens Park”. The club’s plans are just one part of what could be an enormous transformation of the area.

Fernandes said: “Our new stadium will become a focal point hosting not just football, but other entertainment and community activities for residents and visitors to enjoy.”

In an emailed statement to City A.M. yesterday, Sir Edward Lister, London’s deputy mayor for planning, said: “The mayor has been in pre-application discussion with Queens Park Rangers for several months and believes that, if agreement can be reached with all parties, a new sports stadium could potentially be a real catalyst for the long-term regeneration of the area.”

The massive regeneration proposals for Old Oak Common and Park Royal have been pushed by the Mayor’s office, with consultations ongoing for the establishment of a new Mayoral Development Corporation.

The entire regeneration scheme for the area could be worth up to £6.2bn to London’s economy, according to research from the Mayor’s office.

QPR has a number of partners for their plans, including Stadium Capital Development, headed by Antony Spencer, who led the development of Arsenal’s Emirates stadium and the building of over 3,000 homes nearby.

Donnelly said that QPR’s proposals would be funded by club shareholders, including Fernandes and steel magnate Lakshmi Mittal.

However, QPR faces a rival proposal from local car dealer Cargiant, which owns 45 acres in the area.

He added: “We’re not anti-QPR ­– many of our employees support the club and I’m a season ticket holder, but we’re committing to getting the best outcome for our business.”

Donnelly said: “We were in discussions with Cargiant for a long time, and we’re very open to talking again.”