The best a dog can get: Your quick guide to pet insurance 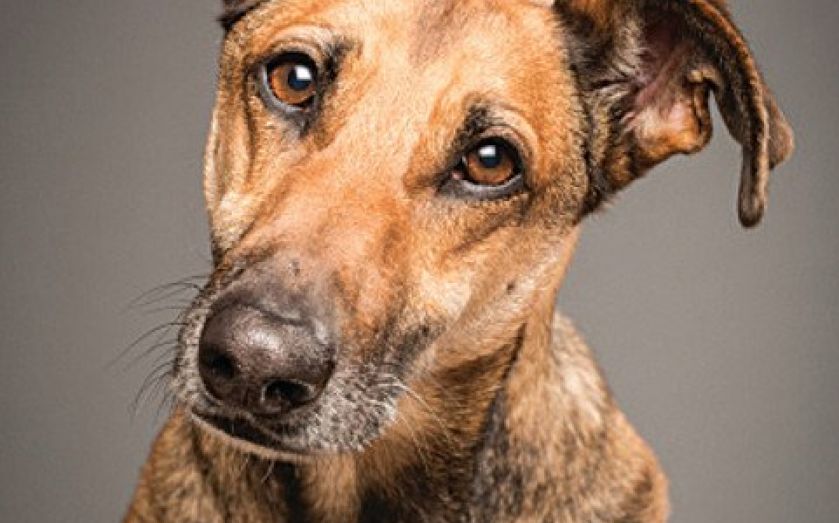 The average pet insurance claim is £679, and for dog owners it’s even higher at £683. But with only 20 per cent of pets insured, it’s clear insurance is not at the top of the priority list for most animal lovers.
Even if an owner has savings which could cover a pet’s illness, insurance can work out cheaper, particularly if the creature succumbs to a chronic illness.

For dog owners, insurance is pretty much crucial. By law, if a dog causes a traffic accident, the owner will be held liable for damages. Interestingly, cats are considered free spirits under English law, so owners are not responsible for their actions.
Some home insurance plans may cover liability for doggy accidents, but it’s unlikely, and claiming will ruin a no-claims period. A better option is to take out a dedicated pet insurance plan.

The earlier in the animal’s life, the better. Buy when your pet is young and healthy. “Perhaps where customers are a bit naïve is with the steepness of the age curve. As the pet ages, premiums really do ramp up,” says Julie Constable at LV=.
Unlike with other kinds of insurance, an animal cannot build up a no-claims discount because they are only getting older and therefore more risky to ensure. Pet insurance operates similarly to health insurance in this regard.
Because of this, there isn’t much point switching between policies over the years as one would with car insurance, and annual premiums tend to go up rather than down. “When you buy pet insurance, bear in mind the reputation of the insurer, because they know you are tied to them,” Constable adds. Consumer money websites such as MoneySavingExpert.com or MoneySupermarket.com have forums where users discuss the reliability of different insurers, so it’s a good idea to check these before committing to one.
Existing illnesses won’t be covered and some insurers won’t take on a new pet that’s older than eight years of age. So trying to find cover for a pet that’s mid-way through its life or just fallen ill will be more expensive.
However, the market for pet insurance is competitive with a lot of different options, says Mark Shepherd at the Association of British Insurers. “People can choose from a wide range of products that offer different levels of cover. The cost of getting veterinary treatment for your pet can quickly reach thousands of pounds, particularly if they have to have surgery or need chemotherapy to tackle cancer. Pet insurance gives you peace of mind,” he says

As with all insurance, the cheapest is not likely to be the most comprehensive. But there are some standard features. Typically a plan will cover vets’ fees up to a certain sum. Policies usually work in one of these two ways:

BASIC: £ PER CONDITION IN A YEAR

This kind of policy will provide year-long cover which pays out up to a limit, say £2,000, for each condition. When the policy is renewed after the year, the limit will be reset.
“You could opt for annual policies where cover for each condition usually lasts 12 months, and there is often a limit on the amount of vets’ fees you can claim too. This will be cheaper, and provides good cover for one-off accidents or short-term illnesses,” says Dan Plant of MoneySuperMarket.
“However, after a year has passed, whether you renew or switch provider, any illnesses you’ve already claimed for are unlikely to be covered again in future years.”

PREMIUM: £ PER CONDITION, WITH NO TIME LIMIT

This is the most comprehensive kind of policy, known as “lifetime”, even though premiums are paid annually. This is because the amount of cover is intended to run over the many years the pet will hopefully live.
Insurance is about hedging against the worst case scenario. Lifetime cover will cost more, but if the pet succumbs to an illness that requires care over several years, these policies would pay.
“Lifetime cover is the most comprehensive, and provided you renew the policy each year, your pet will be covered for any conditions it develops, for life. While pricier, the extra cost may well be worth it if your pet ends up diagnosed with a long-term condition,” says Plant.

While vets’ fees will be the primary cost people think about with pet insurance, the excess is arguably an even more important figure to look at.
“Customers need to really bear in mind the excess as they do vary quite a lot. Generally, lower cover policies have higher excess levels, to keep them cheap,” says Constable.

WHAT ELSE IS INCLUDED?

Pet policies will also offer financial help if your pet goes missing, in the form of advertising costs and cash to be used as a reward for the person who finds your pet.
Some will pay cattery or kennel costs if you are taken ill and your pet needs somewhere to go.
The aforementioned liability cover is included in pet insurance, if you are sued following an accident caused by your dog.

Any veterinary treatment that’s classed as routine or preventative will not be included in insurance. Vaccines, for example, or neutering operations.

Comparison sites are the best place to check first. GoCompare, CompareTheMarket and Confused.com are three of the many out there which will scan a number of major providers. They will display quotes and give a run-down of cover.
However, some insurers are not signed up to price comparison sites. This includes Petplan, Aviva, Direct Line, LV= and Leisure Guard. It is good to cross-check a search on a price comparison site with one or two other insurers. Because they are not on price comparison sites, some of them will offer even better deals to draw customers in, including discounts for multi-pet households.

Unfortunately London is more expensive to ensure pets, because of the risk of traffic accidents and the potential for going missing. Insurers also take the pet’s breed into account when quoting the premium, as if a pedigree breed has a known disposition towards some illnesses, this will affect the amount the insurer may have to pay out. Insurers won’t cover breeds known for aggression, including pit bulls, Brazillian mastiffs and dogs crossed with these breeds. Some will also refuse bigger or more expensive breeds, says Constable.
Share: